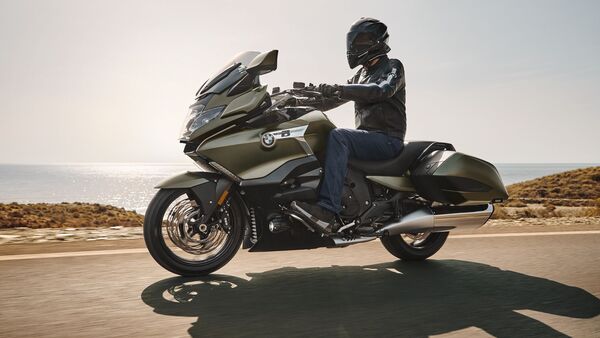 BMW Motorrad has officially teased the arrival of the new 2022 BMW R 1250 RT and K 1600 touring models. The company also announced that it has commenced pre-bookings for these models which are slated to go on sale in the country later in the months to come.

The upcoming BMW motorcycles can be booked at the company's official dealerships across India from today (February 4th). BMW further announced customized financial solutions from BMW Financial Services India for ease of ownership.

These models essentially carry the same exterior styling as the previous bikes. But expect the MY22 bikes to sport fresh colourways for added flavour. All four BMW K 1600 models source power from the same 1,649cc, six-cylinder engine. The powertrain is responsible for delivering 158bhp of maximum power which is now attained 1,000rpm earlier at 6,750rpm. This power is backed up with 179 Nm of peak torque, which is also higher when compared to the previous model. The engine has been updated with two knock sensors and four lambda probes (previously two).

The BMW K 1600 series models come loaded to the teeth in terms of features. These models get a standard electronic traction control system, three riding modes (Dynamic, Rain, and Road) and two settings (Dynamic and Road) for its semi-active suspension. In addition to that, some other features include adaptive LED headlights as well as a 10.25-inch TFT instrument cluster with dual screens.