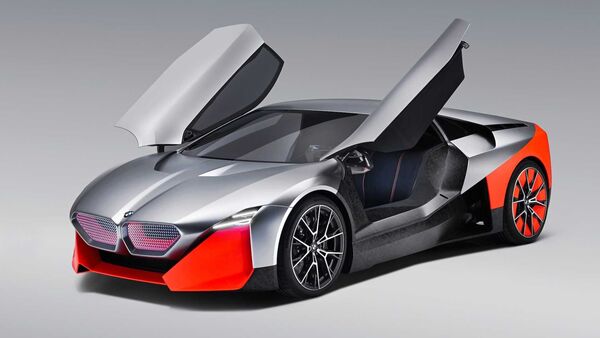 BMW Vision M concept might inspire a production model that would act as a flagship car for the German automaker.

German luxury car brand BMW has hinted that it is planning an upcoming electric supercar Neue Klasse platform. The automaker showcased a 600 hp BMW Vision M hybrid supercar that never entered production. The automaker has now hinted that it is working on an electric supercar that would be based on the OEM's Neue Klasse architecture. It could be the production version of the Vision M hybrid.

Australian magazine WhichCar has quoted BMW's chief technical officer Frank Weber who said that the car brand has no trouble at all in bringing a highly emotional halo car that would carry a similar character as the iconic M1. "We have no trouble at all picturing a highly emotional model based on the New Class matrix," the BMW CTO said to the publication. It was not a direct confirmation about the electric supercar but there was clearly some hint at it.

Introducing a low-volume electric sportscar with a bombing price tag might come as the best business decision from BMW as it is investing heavily towards achieving carbon neutrality. However, it would give the German luxury carmaker a boost in its brand image. The brand has received flak from consumers and critics for its contemporary design language that incorporates massive kidney grilles. In such a scenario, an electric supercar that would pose as the brand's flagship model can be a perfect move to draw positive attention.

Speaking about BMW's Neue Klasse architecture, this platform is capable of accommodating four in-wheel electric motors and a battery pack that takes just five minutes to recharge. With such a superior capability, the possible BMW supercar might be a winner in the block. The luxury car brand is currently working on a host of electric vehicles under its dedicated ‘i’ badged models. Imagining a supercar under the same vertical seems a possibility.