Ola announced the opening of its electric scooter bookings on July 15th.Ola Electric has garnered 1 lakh bookings in just 24 hours of opening of pre-launch bookings
By : HT Auto Desk
| Updated on: 20 Jul 2021, 10:46 AM 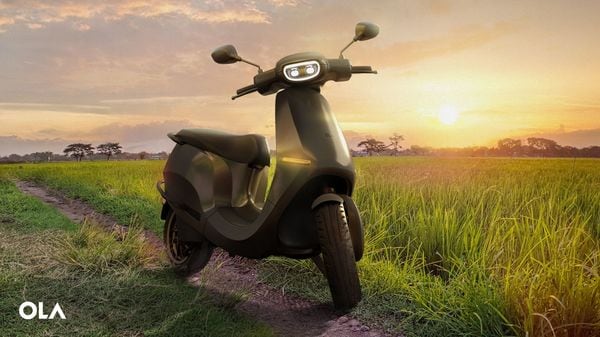 Ola Electric on Saturday announced that its electric scooter has garnered 1 lakh bookings in just 24 hours of opening of pre-launch bookings, making it the 'most pre-booked scooter' ever.

The company announced the opening of bookings on July 15th at a token amount of ₹499 on its official website. Ola said that it has seen an 'unprecedented demand' from customers for the new electric scooter.

Bhavish Aggarwal, Chairman and Group CEO, Ola said “I am thrilled by the tremendous response from customers across India for our first electric vehicle. The unprecedented demand is a clear indicator of shifting consumer preferences to EVs. This is a huge step forward in our mission to transition the world to sustainable mobility. I thank all the consumers who have booked the Ola Scooter and have joined the EV revolution. This is only the beginning!"

The new Ola electric scooter is likely to go on sale in the country later this month. Recently leaked documents hint that the new scooter is likely to be named Series S. In addition to that, the company has registered other two names - S1 and S1 Pro that could be additional variants/trims.