Ola Electric S1 scooter has hit Indian roads and will mount a massive challenge to an ever-growing field of electric scooters in the country. Catch all the highlights here.
By : HT Auto Desk
| Updated on: 15 Aug 2021, 14:42 PM 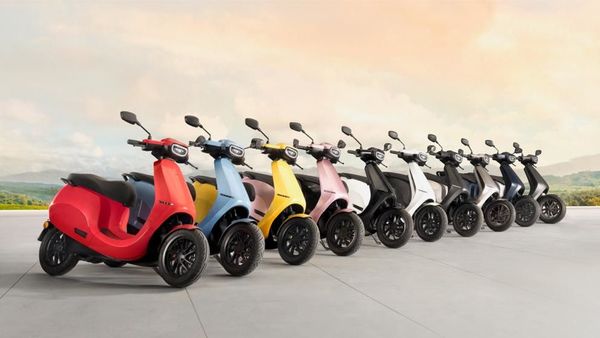 Ola Electric has launched its S1 and S1 Pro scooters in India today. The pre-launch bookings for the Ola Electric scooter were opened last month at a refundable price of ₹499. The company managed to notch up over one lakh bookings within just 24 hours of opening the window.

Ola Electric has been creating quite a buzz and has been making some very big promises. That it will be offered in 10 colour options is confirmed. So is that it will offer reverse ride mode. That it will have a great riding character has been promised.

Check out highlights from the launch event of Ola Electric scooter S1 and S1 Pro here:

* Ola S1 is priced at ₹99,999 and S1 Pro is available at ₹129,999. These are prices excluding the subsidies offered by state and central government.

* Ola electric scooter's digital display gets a mood display. It will also show how much carbon emission it is saving.

* Ola electric scooter can sense a person's presence and unlock itself.

* Ola S1 will come with three riding modes. It will have 8.5 kW peak power.

* Ola Futurefactory will be capable of producing one scooter every two seconds.

* Ola Electric claims, it will offer the electric scooter in more than 400 cities across the country.

* Ola electric scooter can be charged using a 5A socket at home or office. Ola Electric will also offer its charging network in more than 100 cities.

* Simple One, a competitor against Ola electric scooter is also launching later today.

* Ola electric scooter has won a number of awards and the list includes the IHS Markit Innovation award at CES and the German Design Award.

* Ola electric scooter is claimed to offer a large boot space that will be able to accommodate two helmets and still will have space to pack in more.

*Ola Electric's S1 electric scooter is claimed to get some best-in-class features such as 50-litres under-seat storage, reverse function and LED lighting.

Built the first scooter in our Futurefactory today! From barren land in Feb to this in under 6 months despite a pandemic!! The @OlaElectric team is just amazing❤️👍🏼 pic.twitter.com/B0grjzWwVC

* The Ola S1 is likely to be capable of running 150 km on a single charge and have a top speed in excess of 100 kmph. This electric scooter will be capable of charging from 0 to 50% in just 18 minutes, delivering 75 km of half-cycle charge.

* Ola Electric claims that it will be the largest scooter manufacturing plant in the world.

* Ola Electric claims its mega factory will be capable to roll out up to 20 lakh electric scooters in the initial phase. The production capacity will also be hiked in the future. The target is to ramp up annual production capacity to 10 million per annum by end of 2022.

* Ola electric scooter will be offered in ten colour options.

* Ola Electric is likely to aggressively price its first-ever electric scooter and it is expected the pricing could begin at under ₹1 lakh.

* Ola Electric will manufacture its electric scooter at its under-construction facility in Tamil Nadu. This facility is being claimed as the largest for electric scooters and will eventually have an output of 10 million units per annum.