Oben Electric aims to have performance models that are not just exciting to ride but make a style statement as well.
By : Mainak Das
| Updated on: 04 Apr 2022, 10:54 AM 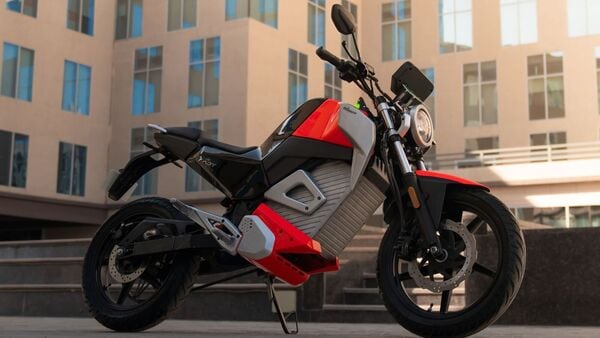 Oben Electric, the new entrant in the Indian electric two-wheeler market, is gearing to launch a performance motorcycle and scooter along with a basic entry-level scooter in the coming months. Speaking to HT Auto, Madhumita Agrawal, co-founder and CEO of Oben Electric, said that there are four categories in the Indian electric two-wheeler market, and the EV startup aims to penetrate every segment with its products.

(Also read: Oben Rorr electric motorcycle launched: What is the price in your state?)

Oben has already launched its first electric motorcycle - Rorr, in India, which comes with a neo sports cafe racer styling and promises a 200-km range on a single charge with a top speed of 100 kmph. After this, Oben aims to launch one product every six months.

The design of the electric two-wheelers in India, mostly, is not as attractive as their ICE counterparts. This remains one of the bottlenecks for the industry when it comes to attracting consumers. Dinkar Agrawal, co-founder and COO of the EV startup said that choosing a neo sports cafe racer with a blend of both modern and retro styling, for the first Oben motorcycle is to break this barrier, as such a design is bound to make an impact in a pool of EVs that are very much similar looking.

While a majority of electric two-wheeler brands focus on scooters as their first product, Oben decided to launch a motorcycle first. Talking about this strategy, Agrawal said that the lion's share in Indian two-wheeler space is attributed to motorcycles and the EV startup decided to enter that category to differentiate itself from others. Also, focusing on B2C is another reason behind choosing a motorcycle as its first product, said Oben CEO. She also added that, while other players target B2B segments, Oben solely wants to focus on B2C space.