The new-generation Royal Enfield Classic 350 will launch in India later this month. With the use of the updated technology and mechanicals, the new Classic 350 is expected to cost more than the existing model.
By : HT Auto Desk
| Updated on: 21 Aug 2021, 04:08 PM 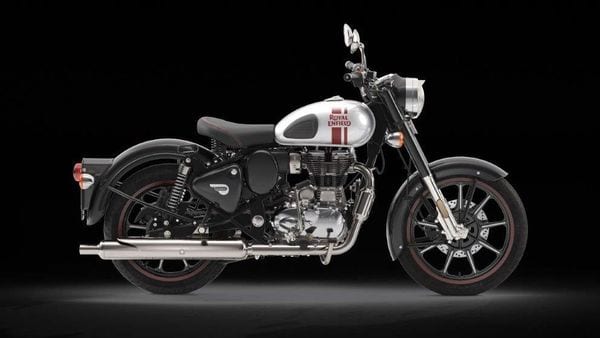 Royal Enfield is gearing up for the launch of the new-generation Classic 350 motorcycle in the Indian market sometime near the end of the ongoing month. The motorcycle has now been spotted several times in the recent past confirming that it is going to miss out on the kick-start feature found on the outgoing model.

While there will be no kick-start feature, it will gain a new engine, meter console, tripper navigation and much more. In the newest avatar, the Classic 350 is going to come out as a fully transformed motorcycle that will feature the new J-platform, borrowed from the Meteor 350 bike.

At the heart of the motorcycle sits a 349 cc single-cylinder, DOHC engine also borrowed from the Meteor 350. This is supposed to be one of the key changes inside the bike. Apart from a modern engine, the updated Classic 350 will make use of Tripper Turn-by-Turn Navigation which was also featured on the Meteor for the first time.

With the use of updated technology and mechanicals, the bike is also expected to cost more than the existing model. New Classic 350 may start somewhere from around ₹1.85 lakh (ex-showroom) and extend up to ₹2.20 lakh (ex-showroom). Its rivals will remain the same - the Honda H'Ness CB350 and Jawa bikes.

Moreover, Royal Enfield will also introduce a slew of other models in India in the next few months.