Limited to just 300 units worldwide, MV Agusta Rush 1000 is a beauty to behold 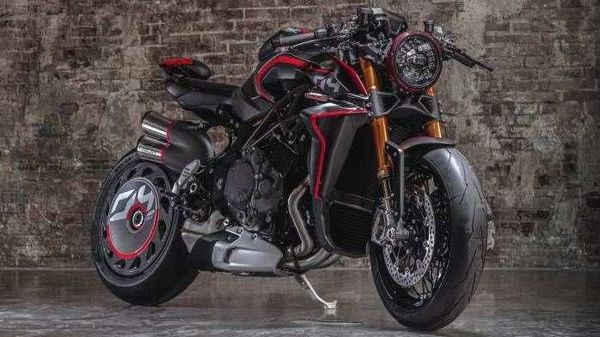 MG Agusta has announced that it will start the production of its Rush 1000 motorcycle at the Varese, Italy, in June this year. The drag-strip-inspired motorcycle made its debut at the EICMA 2019.

It costs €34,000 ( ₹28.16 lakh) and is even more expensive than the Brutale 1000 RR which costs €29,900 ( ₹24.83 lakh). It is a limited edition motorcycle and its production will be limited to just 300 units. The company has already started accepting the pre-orders on this bike at its official webpage and it won't be surprising if its sold-out soon.

(Also Read: Ducati India prepares for a 'new normal' in the Covid-19 era)

It is also available with an optional factory Racing Kit which includes aftermarket SC Project exhaust along with ECU remap. This kit boosts the overall power output to 212 PS, while the torque rating remains the same at 116.3 Nm. This kit also adds a cosmetic accessory in the form of a carbon-fibre passenger seat cowl.

The Rush 1000 sources inspiration from the Brutale 1000 RR, but it makes use of a slew of drag-racing-inspired elements which apart from making it more aggressive looking machine, also adds to its overall performance factor. For example, the handle-bar has been swapped with a low slung clips ons which enables the rider to stick closer to the bike on high speeds, also the rear wheel cover has been added to reduce the coefficient of drag.

These tweaks are welcoming additions considering the bike has a claimed top speed of “more than 300 kmph" which is dangerously high for a naked bike. As against the donor bike, it comes with a slew of cosmetic differentiators such as distinctive paint scheme, headlight, spoked front wheel, tweaked tail end, and an ultra-minimalist rear subframe.

To make the motorcycle more manageable, it uses a comprehensive electronics package which includes features such as launch control system, wheelie control, eight levels of traction control and a bi-directional quickshifter.

Its suspension kit includes fully adjustable units from Öhlins, on the other hand, braking has been taken care by Brembo Stylema calipers and Bosch 9 Plus Race ABS.