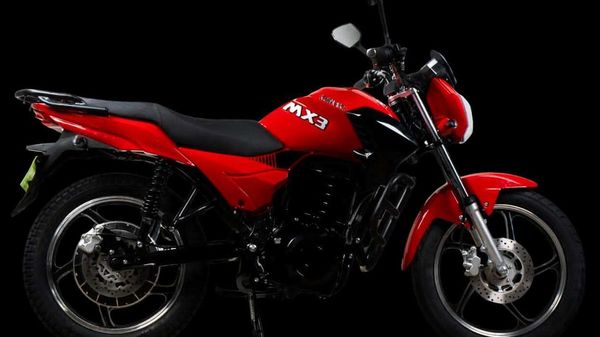 Komaki on Friday launched the new MX3 electric motorcycle in India. It is the fourth product from the EV maker for 2021 as previously the company rolled out three more high-speed battery-powered two-wheelers earlier this year. The pricing of the Komaki MX3 has been kept at ₹95,000 (ex-showroom, India).

The Komaki MX3 boasts a claimed 85-100 km of full charge range which varies depending upon the riding style. As per the company, the bike doesn't consume more than 1-1.5 units of electricity to get fully juiced up and is thus claimed to be very "pocket friendly" in terms of overall running costs. It also comes with a removable Li-ion battery for convenient recharging. The bike has been introduced in three paint schemes - garnet red, deep blue and jet black.

The Komaki MX3 comes with a number of modern features such as a self-diagnosis and repair switch, regenerative dual-disc braking, parking and reverse assist, an Inbuilt Bluetooth Speaker, a switch to toggle between 3-speed modes and a full-colour LED dash.

In terms of mechanical components and equipment list, the MX3 features 17-inch wheels, telescopic shock absorbers on either end, alloy wheels and disc brakes on both wheels. While the front headlamp and tail lamp are halogen, blinkers are LED units.

Apart from this, Komaki also introduced TN95, SE and M5 electric two-wheelers in India. While the TN95 and SE are electric scooters that cost ₹ 98,000 and ₹ 96,000, respectively, the M5 is an electric motorcycle that has been priced at ₹ 99,000 (all prices are ex-showroom, Delhi).