Komaki DT 3000 will be the company's third launch this year after the company launched Ranger and Venice. The new e-scooter will be powered by a powerful 3000 Watt BLDC motor and has a claimed range of more than 200 kms on a single charge.
By : HT Auto Desk
| Updated on: 24 Mar 2022, 11:48 AM 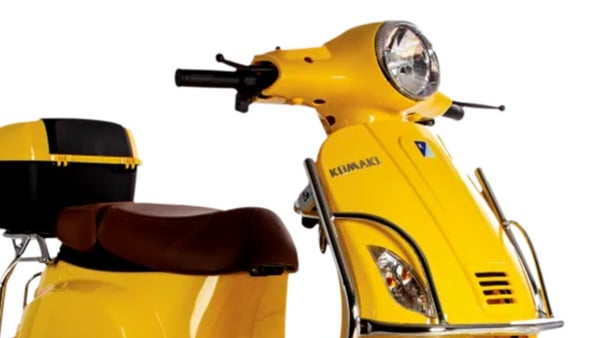 The Komaki DT 3000 has a promising claim as one of the high-speed electric scooter options available currently in Indian markets. When launched, the DT 3000 will be the flagship e-scooter from the EV-maker and will sit above the Venice. The company claims a staggering 220 kms range on the DT 3000, much more than any of its possible rivals. It remains to be seen if the electric scooter remains true to the claims once launched. It also claims to have a top speed of 90 kms per hour, which is almost at par with Ola S1 Pro.

Komaki DT 3000 will be powered by a powerful 3000 Watt BLDC motor and its patented advanced lithium battery of 62V52AH. Expect the model to come with several tech features, which may include a fully digital instrument panel, bluetooth connectivity among others. It will be made available in three colour options.

Komaki has not revealed much details about the electric scooter yet. When launched, the Komaki DT 3000 will take on rivals like the Ola S1 Pro, Simple One and EeVe Soul electric scooters in its segment. Expect the price of the new Komaki high-speed electric scooter to be somewhere around ₹1,15,000 (ex-showroom, Delhi).

“After receiving overwhelming love from customers, we are once again going to win their hearts with DT 3000 high-speed scooter. This time, they will feel proud of riding an unmatched vehicle in this segment," said Gunjan Malhotra, Director, Komaki Electric Vehicle Division.

Currently, Komaki offers one high-speed electric scooter called Venice. It comes with a battery pack of 72v40ah. It gets features such as a repair switch, regenerative braking system, reverse switch and Bluetooth connectivity, among others. The Venice electric scooter offers a range of around 120 kms on a single charge.