Kawasaki Ninja 700R rumoured to be under development

The new rendering depicts Kawasaki Ninja 700R taking a very ZX-10R inspired exterior design, though in a slightly subtle manner.Kawasaki might unveil the Ninja 700R in the later part of the year.
By : HT Auto Desk
| Written By : Prashant Singh
| Updated on: 25 Mar 2021, 03:23 PM 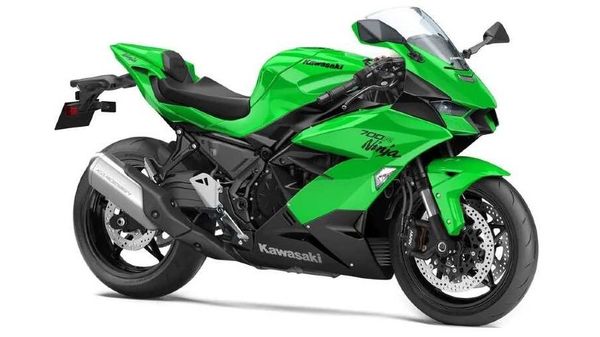 Kawasaki might unveil the Ninja 700R in the later part of the year. Image Credits: Kardesign Koncepts

Kardesign Koncepts has released a new rendered design of the purported Kawasaki Ninja 700R which is rumored to be under development for quite some time now. The new rendering depicts Ninja 700R taking a very ZX-10R inspired exterior design, though in a slightly subtle manner. What's to be noted here is that it is that, an artist's imagination of the Ninja 700R, and not an official affirmation of any sort.

If rumours are anything to go by, the Ninja 700R is going to be an evolution of the existing Ninja 650 motorcycle. It will feature the same powertrain, albeit with a displacement bump. Thanks to the bigger powertrain, it will churn out maximum power in the range of say 95 bhp to 100 bhp which will enable it to take on the fight directly against the new Aprilia RS 660 and the upcoming Yamaha YZF-R7. The latter is a replacement for the Yamaha YZF-R6 which has already been taken down the production lines.

The unofficial rendering (above) borrows certain elements from the Ninja ZX-10R including its face, tank design and tail section. Moreover, even the bike's exhaust and 320 mm front brake discs have been borrowed from the flagship superbike. Goes without saying, the new Ninja 700R may not use these elements as Kawasaki will try to position it aggressively against the competition bikes.

In order to really out shine everything else in its class, Kawasaki will have to equip the Ninja 700R will a comprehensive electronics suite. The package will have to be at least on the same level as the RS 660's electronic kit. The company might unveil it in the later part of the year.