The second wave of the Covid-19 pandemic impacted two-wheeler sales in India very hard as it generally affected the rural market.
By : HT Auto Desk
| Updated on: 02 Feb 2022, 12:17 PM 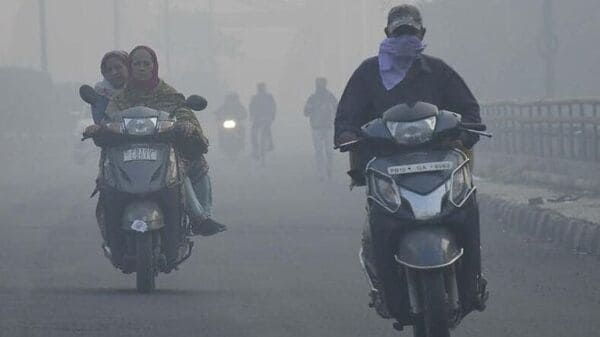 Two-wheeler sales have been recovering from the Covid gloom in the last couple of months owing to reviving economy.

The Indian two-wheeler market is likely to see a revival in sales in the coming months, owing to several factors, forecasts research agency ICRA. It points to the contributing factors that include easing supply chain constraints and spillover impact from positive announcements on infrastructure spending and agri-initiatives in the union budget 2022.

Speaking about the Indian two-wheeler industry's sales volume last month, Rohan Kanwar Gupta, Vice President and Sector Head, Corporate Ratings, ICRA has said that January 2022 saw the two-wheeler industry post a 14 per cent sequential growth in the domestic wholesale volumes, as per data released by six major OEMs. However, sales of motorcycles and scooters were 21 per cent lower on a YoY basis, highlighting the adverse impact of price hikes, fuel inflation, and omicron related concerns on consumer sentiments. He also said that the supply chain issues in premium motorcycle production also persisted.

“The reinstatement of localised restrictions, to contain the third wave of pandemic, constrained retail sales and led to an 11 per cent sequential (14% YoY) fall in volumes, to 10.2 lakh units. Nonetheless, the industry is cautiously optimistic about recovery in coming months, with easing supply chain constraints and spillover impact from positive announcements on infrastructure spends and agri-initiatives in the budget," he further added.

The Indian two-wheeler market has been witnessing a slow but steady revival since the severe pandemic impact hit it. While the segment didn't witness a strong impact during the first wave of the pandemic, it was the second wave that impacted two-wheeler sales hard. The rural region of the country was impacted heavily due to the second wave that resulted in a massive disruption in demand for two-wheelers, where the rural markets contribute a large chunk.

However, with the slow but steady revival, India's domestic electric two-wheeler sales continued to have a strong bounce back in the FY2022, posting a five-time YoY growth at 1.49 lakh unit sales. Even the electric two-wheelers too have been posting strong growth.

In January 2022, high-speed electric two-wheelers recorded an 11 per cent MoM growth with 27,563 unit sales, which was the highest monthly sales in this financial year, claims ICRA. It also says that the battery swapping technology and interoperability standards announced in the budget 2022, could be game-changers for faster EV adoption in the medium term.