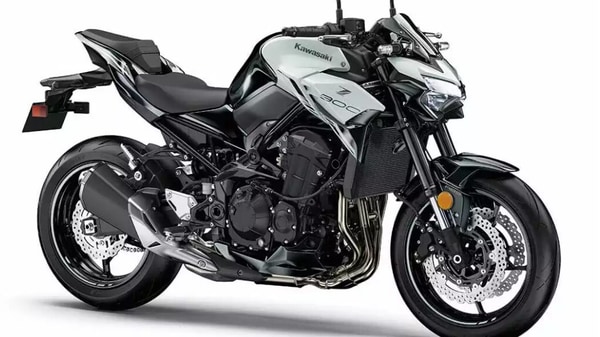 Save for the introduction of new paint schemes, the rest of the bike remains unchanged.

Kawasaki has revealed the new 2022 Z900 streetfighter motorcycle. The bike has also been launched in the US market at USD 9,099 (converts to ₹6.62 lakh).

Save for the introduction of new paint schemes, the rest of the bike remains unchanged. It sources power from the same 948cc, inline-four cylinder engine that is rated to produce 123bhp of maximum power and 98.6Nm of peak torque. The transmission option includes a six-speed gearbox.

The suspension setup includes a 41 mm upside-down (USD) front fork and a rear monoshock. These units benefit from rebound damping as well as spring preload adjustability. For braking, it uses dual 300 mm discs at the front and a 250 mm rotor at the rear wheel. The brakes work in conjunction with the safety net of ABS. Some of its main rider aids include a traction control system, two power modes, and four riding modes. It rides on Dunlop Sportsmax Roadsport 2 tyres.

The feature list also remains unchanged. It continues to sport LED headlamp, a TFT instrument cluster with Bluetooth connectivity and four riding modes. Its 4.3-inch TFT display is Bluetooth-enabled and can be paired to Kawasaki's own 'RIDEOLOGY' smartphone application.

The bike will be most likely launched in the Indian market later this year.