Honda to launch a new two-wheeler on August 27. CB Hornet 200R on the way?

Honda has remained tight-lipped on the details of the upcoming product and given no hints whatsoever.While there are several products which fall under the guess game, but all sources hint towards the arrival of a bigger Hornet.
By : HT Auto Desk
| Updated on: 21 Aug 2020, 09:45 AM 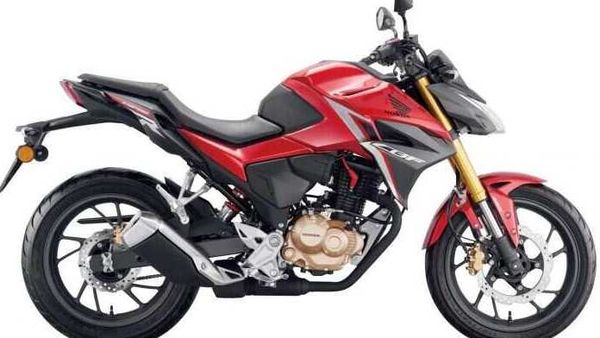 The CBF190R could serve as an inspiration to the Honda's upcoming 200 cc bike.

Honda Motorcycle and Scooter India (HMSI) on Thursday announced that it is going to launch a new product on August 27. The company has remained tight-lipped on the details of the upcoming product and given no hints whatsoever.

While there are several products which fall under the guess game, but all sources hint towards the arrival of a bigger Hornet which was also under the radar recently.

Albeit the CB Hornet 160R is also absent from the list, but Honda is currently not in the mood for its revival.

Honda has already patented the CBF190R (above) for the Indian market which only denotes that the upcoming Pulsar NS200 rival could be largely based on this bike.

In terms of the exteriors, the bike is expected to sport the CBF190R's aggressive design and styling which would help establish itself in the heated 200 cc segment which already has some very capable competitors like TVS Apache RTR 200 4v and KTM 200 Duke.

In terms of mechanicals, it may use a powertrain that's based upon the CBF190R's 184 cc single-cylinder air-cooled unit. For the record, this engine is known to produce 16.86 PS of power and 16.3 Nm of peak torque. If such is the case, then expect a slightly higher figure in the range of 20-21 PS to bless the bike, if not, then it will certainly lack the firepower to rival the contenders. The transmission unit could either be a 5-speed or 6-speed unit.

Also, what's certain is the fact that the company will most-likely give this bike conventional telescopic units instead of upside down (USD) front fork which will keep the overall costs in check. A dual-channel ABS is also likely to be standard.

The company is likely to target a bracket of ₹1.30 lakh to ₹1.40 lakh (ex-showroom) on the bigger Hornet.