While the Honda Activa 6G looks impressive on paper against the TVS Jupiter BS6, it also comes out as a more expensive package.
By : Prashant Singh
| Updated on: 19 Mar 2020, 06:07 PM 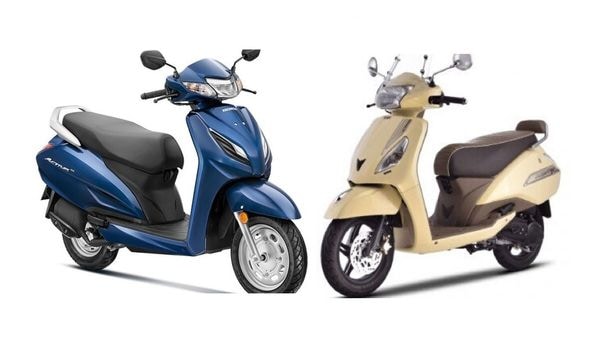 It is not news that the Honda Activa is the most loved scooter in the Indian market and in the latest 6G avatar it is a very much improved version of its predecessor. The sales number of 110cc Activa alone are much higher than many of its competitors combined. While it does enjoy the crown as the most selling scooter brand in India, the TVS Jupiter has also gained a huge following in the last few years and rakes up impressive sales figures too. Read on to know how both the scooters compare in their latest BS6 configurations.

For starters, the Activa 6G gets a new 109.5cc single-cylinder engine. This unit uses a different bore and stroke, also comes featured with fuel-injection instead of the previously used carburettor. As seen in the case of all the updated BS 6 vehicles, the overall output has gone down slightly by 0.17 PS and 0.21 Nm. The new power and torque figures are 7.70 PS and 8.79 Nm, respectively. But on the contrary, the fuel-injection system has also helped the scooter to deliver 10% more fuel-efficiency.

Coming over to TVS Jupiter BS 6, its 109.7 cc single-cylinder engine now also employs a fuel injection system instead of the carb unit. Also, as a result, the power figure has seen a slight dip of 0.5 PS and now stands 7.4 PS. It is backed up 8.4 Nm of peak torque. With the BS 6 transition, the Jupiter now delivers 15% more fuel efficiency. In comparison, the Honda Activa 6G has a slightly higher peak power as well torque over the TVS Jupiter.

When the features are compared, scooters in the smaller 110cc class aren't equipped with even half as many features seen on the bigger 125cc scooters. That's largely because the 110cc class comprise of utilitarian and affordable offerings.

However, both the scooters in the picture offer some basic features such as fully analogue instrument cluster, LED headlights, and external fuel filler cap. The Jupiter features a slightly bigger fuel tank of 6-litres but Activa has a longer feature list which also includes Honda's silent start function and a kill-switch which also works as a starter button.

While the Honda Activa 6G does look impressive on paper thanks to its stronger engine and longer features list, it also comes out as a more expensive package out of two. It is priced at ₹63,912 (STD) and ₹65,412 (DLX), while the BS6 Jupiter starts at ₹61,449.