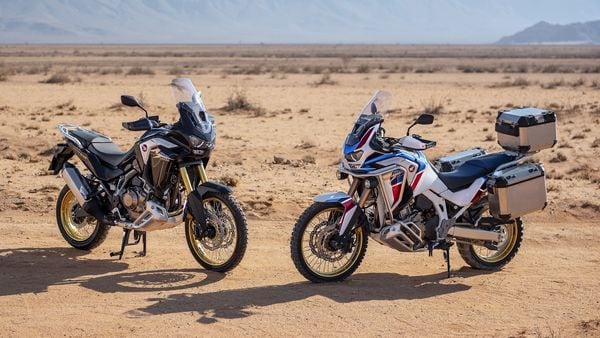 Honda initiated the deliveries of the new 2021 Africa Twin earlier this year in February.

Honda Motorcycle & Scooter India has announced on Thursday that it has sold over 300 units of its new Africa Twin in the country, out of which 100 units have already been delivered in the state of Karnataka. The 100th unit of the Africa Twin was delivered recently from the Bigwing Topline in Bengaluru.

The company says its new Africa Twin is the ‘preferred choice’ of Adventure enthusiasts in India. Honda initiated the deliveries of the new Africa Twin earlier this year in February.

Speaking on this occasion, Yadvinder Singh Guleria, Director – Sales & Marketing, Honda Motorcycle & Scooter India Pvt. Ltd. said, “Thank you Karnataka for your love and demonstration of the #TrueAdventure spirit. The Milestone 100th Africa Twin delivered in Karnataka is a testimony to the motorcycle’s huge success in the state. I would also like to congratulate BigWing Topline Bengaluru for their distinguished efforts in serving the adventurous Africa Twin Tribe."

(Also Read: Ola S1 or Honda Activa? The apple vs orange debate you need to read)

The bike comes with a 1,084cc parallel-twin engine responsible for delivering 73Kw of power, backed up by 103 Nm of torque on offer. For transmission, the bike uses a six-speed manual or a  Dual Clutch Transmission (DCT) unit.