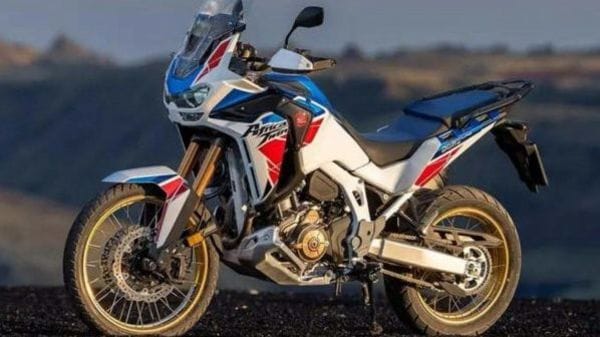 One of the key updates on the new Africa Twin includes the use of a revised transmission.

Honda has revealed the new 2022 version of the Honda Africa Twin 1100 motorcycle. Apart from the new aesthetic revisions, the latest adventure tourer motorcycle has received mechanical tweaks as well.

On the outside, the new updated dual sport bike has received a new colour theme and the rear luggage rack now comes as a part of its standard fitment. Other additions include a five-step adjustable windscreen that is 110 mm shorter and comes as a replacement for the previously found fixed screen.

One of the key updates on the bike includes the use of a revised transmission. The automatic gearbox (DCT) now gets revised settings to improve first and second gear experience. In addition to that, the manual transmission version also gets updated electronics to provide smoother gear shifts.

Pricing of the updated dual-sport offering from Honda will be announced within the next few weeks and the bike will also start appearing in the international dealerships around the same time. As far as the Indian market goes, the new 2022 Africa Twin is expected to be introduced sometime in the first half of 2022.

While Honda was previously reported to be working on a radar guidance system on its Africa Twin adventure motorcycle, the feature is likely to be introduced only in the next update. As per a previously leaked patent image, the future Africa Twin motorcycle will get new sensors positioned below the front headlamp as part of its radar guidance system. For the record, similar sensor placement is also found on other motorcycles such as the Ducati Multistrada and the KTM Super Adventure.