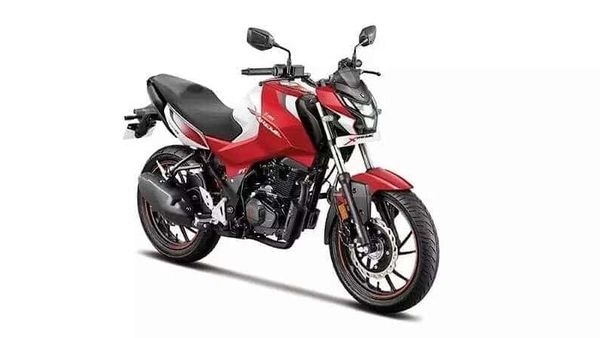 Hero has listed the Xtreme 160R 100 Million Limited Edition on its official web portal, indicating that the launch is nearby.

Hero MotoCorp is planning to launch the 100 Million Edition of the Hero Xtreme 160R motorcycle in the Indian market. The bike was announced in January this year when India's largest automaker reached 100 million sales milestone. The special edition bike has now been listed online at the company's site with a 'coming soon' caption.

What's new on the bike?

The upcoming Xtreme 160R 100 Million Edition motorcycle will feature a new special colour scheme and body graphics to lend it a more intimidating appeal. It will have a new dual-tone paint scheme in red and white. The front headlamp cluster, fuel tank and front fender will come dipped in red, the rest of the body panels including the fuel tank and the tail will sport white colour scheme. In addition to that, it will feature new decals over the white shade in order to enhance the look of the bike.

Save for the exterior updates, there will be no other changes on the motorcycle. The bike will continue to employ the same 163 cc single-cylinder engine which is known to pump out 15 bhp of maximum power and 14 Nm of peak torque. The 5-speed manual transmission option also remains unchanged.

It will also continue along with its features which include a digital console, side-stand engine cut-off, full-LED lighting, hazard switch, auto sail functionality, and more.

As far as pricing goes, the Xtreme 160R 100 Million Edition is expected to cost slightly higher than the standard model which has been priced from ₹ 1.04 lakh for the front disc variant, up to ₹ 1.07 lakh (all prices, ex-showroom Delhi) for the dual-disc version.

Some of the rivals to the bike include TVS Apache RTR 160 4V, Yamaha FZ, Suzuki Gixxer 155, Bajaj Pulsar NS160 and the likes.