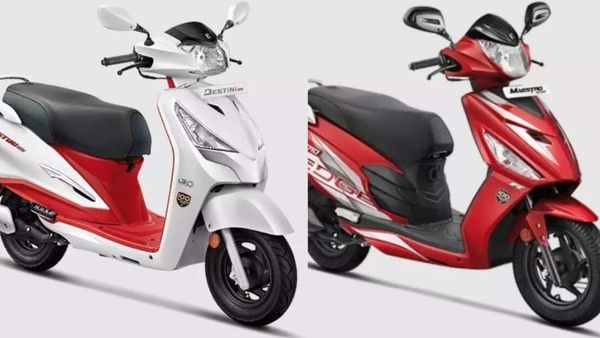 Both the 100 Million Edition of Hero scooters now get a special red and white paint scheme.

Here's what differentiates these models from the existing standard version of the scooters.

Both the scooters get a special dual-tone paint scheme which comprises of red and white colours. For the record, a similar scheme can also be found on other 100 Million edition models from Hero. However, changes on these models are limited only to the exterior profile. On the other hand, the overall design, features, and specifications, remain unchanged.

Hero introduced these special edition models when it achieved the 100 million sales milestone back in January. The final 100 millionth model to come out from the Hero's production lines was the Xtreme 160R model which rolled out from the company's manufacturing assembly plant in Haridwar.

Since April 2020, Hero MotoCorp has manufactured a little more than 5 million two-wheelers, which is down by nearly 15% compared to 7.83 million produced in the previous year, its highest ever (read more details here).