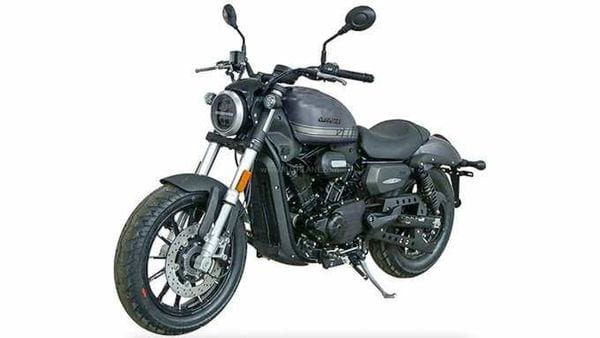 The Harley Davidson Roadster bike is likely to get a 296cc, V-twin engine that is capable of churning out around 30hp.

America's leading two-wheeler manufacturer Harley Davidson's upcoming entry-level bike has been leaked ahead of its India debut. The image of the 300cc Roadster motorcycle, which has been under consideration for some time, is doing rounds on social media.

In 2019, Harley had announced its partnership with Chinese vehicle manufacturer Qianjiang. Since then the speculations began about the entry level bikes of the company. Qianjiang is the parent company of the famous Italian bike brand Benelli and it is believed that the upcoming bike will be based on the Benelli 302S. This bike has been specially designed keeping in mind the Asian market.

However, these two companies have not officially announced any of their projects. But according to reports, this new bike is likely to get a 296cc, V-twin engine that is capable of churning out around 30hp. The kerb weight of this bike is likely to be around 160 kgs.

It may be noted that last year Harley had introduced the 338R Street Tracker Concept, though this bike was slightly different. The design of the leaked bike is reminiscent of Harley Davidson's famous model Iron 883. It gets water-cooled, overhead-cam V-Twin motor, upside-down fork, large fuel tank and round shape headlights. Harley has used similar design philosophy in some of its other bikes too. The entire motorcycle is painted in black colour theme, though it is not clear if it will be carried forward to the production version as well.

According to reports, the motorcycle will have 1400mm of wheelbase. It is likely to stand on 16 inch front and 15 inch rear alloy wheels. The top speed of the bike is likely to be around 130 kmph. It will feature anti-lock braking system (ABS) as a standard feature.

The bike will be imported to India since Harley Davidson had ended its sales and manufacturing in the country in September last year. The two-wheeler manufacturer had to pull the plug after a decade in India trying to get a foothold. It has now tied up with Hero MotoCorp to sell its units here.