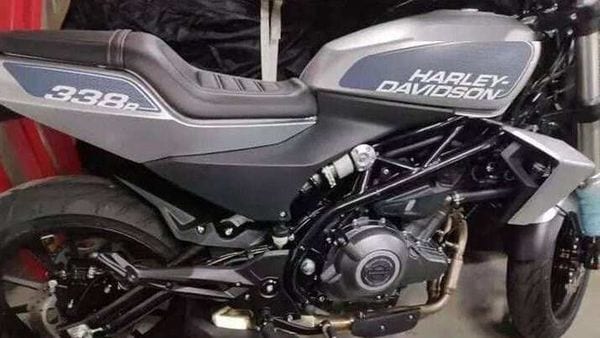 Continuously tumbling worldwide sales forced the legendary bike maker from America to its turn head towards a new direction in 2018. Harley-Davidson announced the plans of embarking on a new journey with a wider range of portfolio that consists of electric bikes, roadsters and even an entry-level lower capacity offering, unlike anything heard from the company till date.

Harley-Davidson 338R, the entry-level bike was under development since quite sometime and was rumored to be based on the Benelli's 302S. The bike has now been spotted for the very first time and the spy image (above) suggests that it is in fact nothing but a 302S wearing a different body kit.

You don't need a very detailed eye to point out similarities between the two. Bits such as main frame, sub-frame, wheels, suspension and even brakes have been sourced from Benelli's streetfighter. Relatively unchanged engine components suggest that the powertrain is also the same. Goes without saying, the engine will be retuned to suit the bike's character, only if the bike transitions into a real life production model anytime in future.

The reason why there is a big question mark after the 338R's existence is because of Harley-Davidson's new 'Rewire' strategy which basically cancels out most of the plans falling outside the company's traditional strengths. The new strategy was introduced by Harley-Davidson's new President and CEO, Jochen Zeitz. Most recently, the Bronx streetfighter was also axed as apart of the latest reroute.

Going by the same rule, the Harley-Davidson 338R might not see the daylight ever, since the company will now focus on original core products that define a brand like Harley-Davidson.