Okinawa's new electric scooter will be deployed for commercial applications and simultaneously will also be launched for private owners.It will be launched before the Oki100 electric motorcycle.
By : Prashant Singh
| Updated on: 16 Dec 2020, 09:00 AM 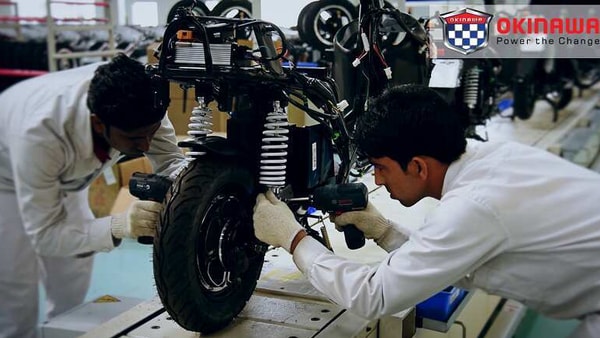 Gurugram-based Okinawa Autotech is all geared-up to kickstart the year 2021 with the launch of a B2B electric scooter which is slated to arrive in the first quarter of next year, the company exclusively told HT Auto in a recent interaction.

The new electric scooter will be deployed for commercial applications and simultaneously will also be launched for private owners. While the details are still kept undercovers for the time, the company said that the upcoming e-scooter will be based on the existing technology but will be custom built to suit the commercial purpose requirements as per the market demand. It will also benefit from a sturdy frame in order to support the luggage carrying duties. The scooter will most likely take on the likes of the Hero Electric Nyx range which also takes aim at a similar range of audience.

In addition, Okinawa is also planning to introduce new offerings including Oki100 electric motorcycle and Okinawa Cruiser maxi-styled electric scooter. While the former was slated to be launched in the third quarter of the FY2020-21, the plans got delayed and it is now said to arrive in the first quarter of 2021, after the firm is done with the launch of its B2B focused electric scooter.