Evolet aims to sell 1,500 vehicles per month, to open 100 dealerships

The Gurugram-based EV maker claims to offer a range of EV products and currently has three production facilities in Haryana, Hyderabad and Chennai.
By : PTI
| Updated on: 26 Nov 2019, 08:18 PM 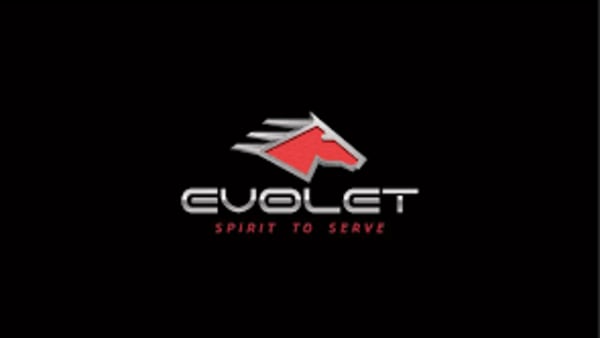 Evolet, the EV arm of the Gurugram-based Rissala Electric Motors, said on Monday it aims to open over 100 dealerships in the country and sell 1,500 vehicles per month by March next year as part of its plans to have a nation-wide presence.

The start-up EV player, which opened its flagship showroom for two-wheelers in the city also said in a release it will have 20 dealerships across Maharashtra by March 2020 including at Pune, Nasik, Nagpur, Aurangabad, Satara, Kohlapur and Jalgaon.

The Gurugram-based EV maker claims to offer a range of EV products and currently has three production facilities in Haryana, Hyderabad and Chennai. It is investing ₹450 crore for both e-two wheelers and buses, including ₹150 crore in the two-wheeler business to support its pan India operations and production.

"In line with our objective to establish a nationwide presence, our electric-scooter venture, Evolet aims to open 100 plus dealerships across India by March 2020. We are targeting sales of around 150 units per month per dealership, said Prerana Chaturvedi, executive director.

Evolet had in September launched its first showroom in Gurugram and also its e-scooter with a 65-km charging range and a top speed of 25 km per hour. It also has an option of swappable batteries.

The dealerships for Nepal and Bangladesh have also been finalised and likely to come up by March 2020.

Evolet has also identified key exports markets within the Asia Pacific and the middle east and plans to commence exports by 2020, Chaturvedi said.

"The electric vehicle industry comprises just 1 per cent of the total vehicle sales and is dominated by two- wheeler segment in Maharashtra. This presents a good business opportunity for those who want to open electric two-wheeler showrooms," she said.

At present, it has three each offering in the e- scooter and bikes (e-scooters Polo, Pony, Derby and e-bikes Falcon, Hawk and Raptor), all priced between ₹44,000 to ₹1.40 lakh and all-terrain vehicle Warrior, priced at ₹1.50 lakh, according to the release.

Evolet plans to expand its dealership network in Maharashtra by adding around 5-6 dealerships per month from next fiscals, the release said adding the company is focusing on the cities where the two-wheeler traction is maximum with an intention to move up its sales target of 1,000 units a month by the end of this financial year.

It is making investments in a phased manner and has allocated budget of approximately ₹150 crore for its two- wheeler division and ₹300 crore for the E-Bus division to support its pan India operations and production.

The company's Bilaspur facility in Haryana has a manufacturing capacity of 3.5 lakh two-wheelers per annum, the Hyderabad and Chennai facilities are equipped to produce 1,500 buses per annum, the release stated.