Ducati Multistrada V2 to launch in India on April 25 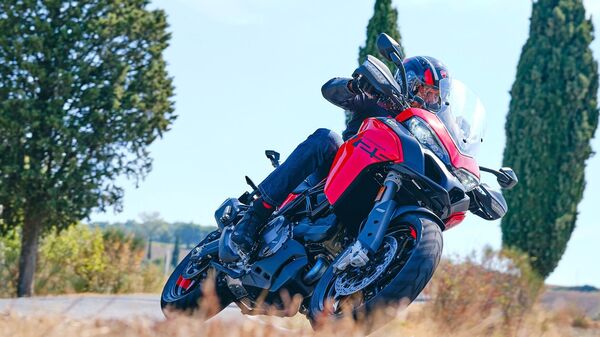 Ducati is gearing up for the launch of Multistrada V2 in the Indian market. The new adventure motorcycle will go on sale in the country on April 25th, the company has announced over its social media handles. The bike was first revealed to the world market in October 2021. The new bike has been introduced as a replacement to the Multistrada 950 which has been on sale in the Indian market from quite sometime now.

Internationally, the company retails the Multistrada V2 in two configurations - Standard and Multistrada S. Both these variants are expected to make it to the Indian market, however, it is not officially confirmed yet.

As far as the pricing goes, internationally it retails from $15,295 (roughly converted to ₹11.35 lakh), and the S version starts at $ 17,895 (around ₹13.28 lakh), however, the Indian price is expected to retail higher from ₹16 lakh (ex-showroom). When launched, the bike will go on to rival the likes of models such as the new BMW F900 XR and the Triumph Tiger 900 in the country.