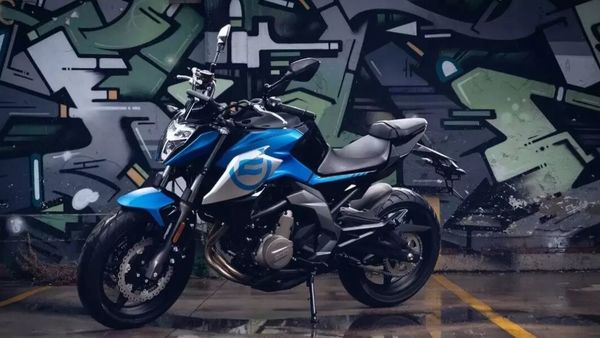 CFMoto India is gearing up to update its motorcycle portfolio with new BS 6-compliant models. The Chinese premium bike-making company has already rolled out prices for the 300NK BS 6 naked roadster, and announced the arrival of both the bikes - 650NK BS 6 and the 650GT BS 6 at its social media handles.

The company has now started accepting bookings for its 650 cc - 650NK naked roadster which is expected to go on sale in India this summer. Interested customers can get their units booked at the company website for a token amount of ₹5,000. For the record, the company website currently shows pricing for the discontinued BS 4 model, but the new 2021 bike may arrive at a slightly higher price tag.

While the company is yet to announce official details of the motorcycle, previous spy images suggest that the bike is going to sport revised exterior styling for 2021. There will be a redesigned fuel tank, front fender, a dual-tone headlight mask split-style seats as well as new paint schemes. Save for these updates, rest of the bike will remain more or less the same.

The hardware kit will be retained for the BS 4 model and it will thus continue to feature the same suspension kit including telescopic front forks and rear mono-shock. For braking, it will use twin rotors at the front, a single disc at the back, and dual-channel ABS.

The 649cc, liquid-cooled, parallel-twin engine will be BS 6-compliant. Expect the power/torque to remain similar to the previous BS 4-spec version - 60.3bhp of maximum power and 56 Nm of peak torque. The transmission option will also remain the same six-speed unit.