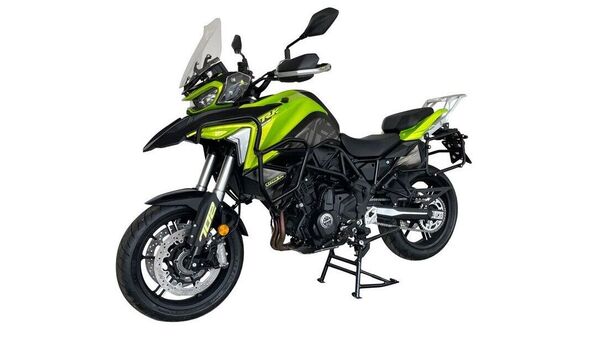 The new TRK 702 won't be a fractionally smaller version of the TRK 800 but a completely different motorcycle altogether.

Benelli announced the introduction of the TRK 800 back in 2021 at the EICMA show. The bike was considered to be a huge step forward for the company because of its potential for mainstream global level success. Now the company is gearing up for the introduction of another twin-cylinder big displacement model in the form of the TRK 702 adventure bike, the details of which have popped out via type approval documents. With the new TRK 702 the company will be aiming to replicate the success of the TRK 502 that has been quite a hit, topping sales charts in the European countries.

The new TRK 702 won't be a fractionally smaller version of the TRK 800 but a completely different motorcycle altogether. While the latter uses the same 754 cc twin motor also seen on the company's 752S roadster and the Leoncino 800, the upcoming TRK 702 will feature a 693cc twin that’s found in some of QJmotor’s Chinese market machines including the CFMoto’s 700CL-X. This motor has been rated to develop 75 hp of maximum power.

The use of a different powertrain has forced to the company to also introduce a redesigned frame which is conceptually similar to the TRK 800′s steel trellis unit. In addition to that, the motorcycle also features a different swingarm design, although the exterior body work is completely shared with the TRK 800 motorcycle.

In terms of other cycleparts, the TRK 702 gets the wheels, brakes, and suspension, inspired from the TRK 800. And the type approval documents suggest that the bike will be revealed in two versions - spoke wheels and alloy wheels. The spoke wheel version gets the same tubeless rims featured on the TRK 800, with 110/80R-19 front and 150/70R-17 rear rubber, and the radial Brembo calipers and petal-style discs are also carryovers. The alloy wheel model gets a smaller 17-inch front wheel with a 120/70ZR-17 tire, while the rear has a wider 160/60ZR-17 hoop.

It is unlikely to arrive in the Indian market anytime soon.