As per Benelli, the latest price correction has been introduced thanks to the increased localisation of parts and improvement of the value of the rupee against the dollar.Benelli is also offering a two-year unlimited-kilometers warranty with the Imperiale 400.
By : HT Auto Desk
| Updated on: 06 Feb 2021, 05:13 PM 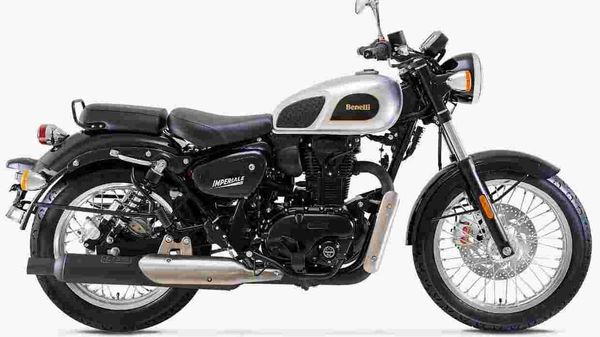 Benelli India has announced a price cut on its popular Imperiale 400 retro classic motorcycle. The bike has become more affordable by ₹10,000 and is now priced at ₹1.89 lakh (ex-showroom). As per Benelli, the latest price correction has been introduced thanks to increased localisation and improvement of the value of the rupee against the dollar.

Apart from the price change, the rest of the details on the Royal Enfield Classic 350 rival remain unchanged. The Imperiale 400 continues to sport a very classic exterior profile. It features a retro-inspired styling with a circular headlamp, a peanut-shaped fuel tank, straight handlebar, spoke wheels and chrome treatment here and there which give it an old school look. Some of the main features on the bike include a round analogue console with a small LCD and dual-channel ABS for safety.

On the mechanical front, the bike comes with a 374 cc, air-cooled, single-cylinder engine which continues to deliver 20.7bhp of power and 29Nm as before. The transmission option includes the same five-speed gearbox.

The suspension setup on the bike includes telescopic forks upfront and dual shock absorbers at the back. The bike rides on 19-inch (front)/18-inch (rear) spoke wheel combination and uses a single disc at both ends for braking duties.

Benelli is also offering a two-year unlimited-kilometers warranty with the Imperiale 400. Moreover, the bike also gets a two-year extended warranty and an added benefit of 24x7 roadside assistance.

In a recent interaction with HT Auto, Benelli has also spoken about its upcoming bike launches for the Indian market. The company said that it has around six to seven new bike launches for 2021. (More details here).