To build on the strengths of the existing Imperiale 400 BS 6, Benelli is gearing up to introduce a bigger cruiser bike later in 2021.The new bigger cruiser bike from Benelli will lock horns with the Royal Enfield Interceptor 650 and Continental GT 650.
By : Prashant Singh
| Updated on: 26 May 2021, 05:45 PM 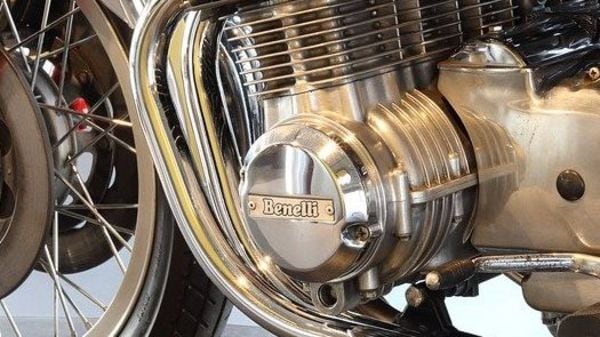 Benelli India launched the new TRK 502 BS 6 in the country earlier this year at a starting price tag of ₹4.80 lakh (ex-showroom, India). On the sidelines of the 2021 TRK 502 launch, the company told HT Auto that it is planning to bring a bigger cruiser in the Indian market this year.

The Imperiale 400 BS 6 has been going from strength to strength for the Chinese-owned Italian premium bike maker. It was the sole offering present in the last few months for Benelli in India since the majority of other bikes were pulled down due to emission regulations. Now to build on the strengths of the existing Imperiale 400 BS 6, the company is gearing up to introduce 'bigger cruiser' bikes later in 2021.

When asked about the new segments the company is planning to explore, Mr. Vikas Jhabakh, Managing Director, Benelli India, told HT Auto during a telephonic interaction, "With the TRK 502 we will be stepping in the touring segment, and with the TRK 502 X will be returning to the adventure segment. Going forward we will also have higher capacity options in the cruiser segment. While we already have the Imperiale, we are now looking forward to bring higher cc options in the cruising segment and we are also going to focus on the street naked segment. So all in all, we will be active in four different segments in 2021,"

While Jhabakh didn't specify which cruiser is headed for India launch, past images suggest that the company has developed the Imperiale 530 which is most likely the 'bigger cruiser' the Benelli India referred to in the statement above. Expect it to land on the Indian shores anytime in the second half of 2021.