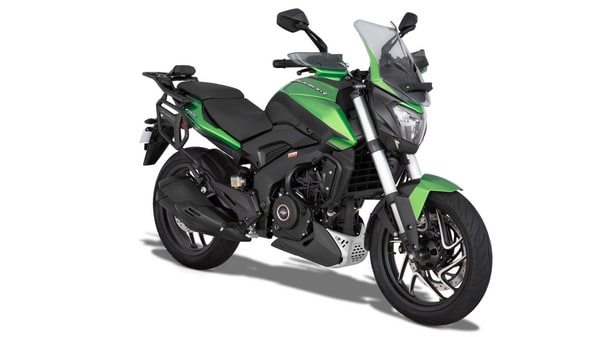 The Dominar 250 was updated previously with three new colour options last year in August, but apart from the new colours, the bike remained largely unaltered. At its heart sits a 248.77cc, single-cylinder, liquid-cooled engine which delivers 26.6bhp at 8,500rpm and 23.5Nm at 6,500rpm. On the other hand, the Dominar 400 gets a bigger 373.3cc, single-cylinder, liquid-cooled engine which churns out 39.42bhp and 35Nm of peak torque.

Bajaj Auto has previously also introduced the accessorized version of the bike in October last year. The same version was also introduced in the global market earlier this year. It was factory fitted with touring accessories such as knuckle guards, a tall windscreen, a pillion backrest, a luggage carrier, and saddle stays.

The Dominar 400 also comes equipped with a nicely integrated navigation stay, allowing riders to attach a navigation device to the vehicle. This stay is made of cast aluminum and has been positioned ergonomically so as to avoid blocking the road view. The bike gets USB charging port so that smartphones can be charged on the go.

With the Dominar 400 and Dominar 250, Bajaj Auto targets a specific set of customers that prioritise long-distance touring.