Auto Expo 2020: What to expect from Aprilia

The Italian bike maker has not announced its plan for the Indian motor showThe company is expected to showcase BS 6 version of its popular two-wheelers
By : HT Auto Desk
| Updated on: 04 Feb 2020, 04:40 PM 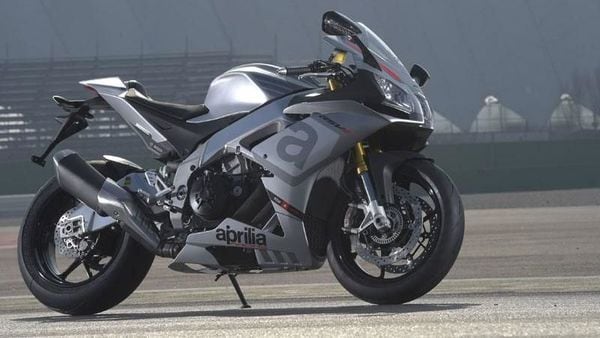 The Aprilia RSV4 RR. The company is expected to showcase an Indian version of its globally popular bike at the Auto Expo 2020. (File Photo)

Italian motorcycle maker Aprilia is expected to present the BS 6 variants of its two wheelers, under the umbrella of Piaggio, at the Auto Expo 2020 in Greater Noida.

Aprilia had showcased RS 150 and Tuono 150 at the last edition of the motor show in 2018, but these two motorcycles were never launched in India.

Here is what's expected from the APrilia stable at the Auto Expo:

SR 125 and SR 160: The company is likely to unveil the BS 6 variants of these two scooters. SR160 is the first 160cc scooter manufactured in the country with fuel injection BS 6 technology under Aprilia range, the company said. The company had introduced fuel injection technology in its entire Vespa and Aprilia scooter range in December, 2019.

New bikes: The company is expected to showcase new bike models, most likely the RS 150 and Tuorno 150, but in an improved format. The official names have not come from the company, but the new bikes, reports suggest, will be named around these two models showcased last time.

Apart from these, Aprilia is also expected to announce heavier bikes for the engine markets. Though nothing has come officialy from the company, these are likely to come with 250cc engines and take on KTM, Yamaha, Honda etc.