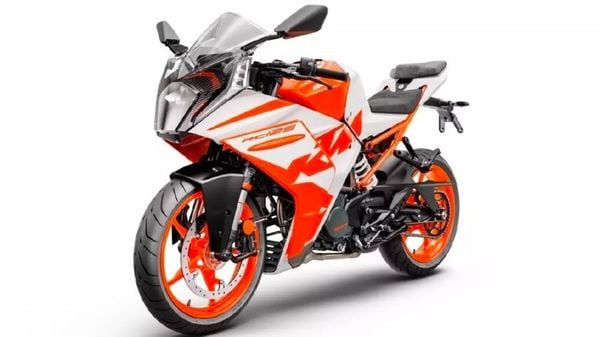 The RC 125 is the entry-level model in the company's RC series of sports bikes.

Nearly two months after the bike's launch, the KTM RC 125 has started arriving at the dealerships in India. The motorcycle was rolled out in the domestic market at a price tag of ₹1.82 lakh (ex-showroom) alongside the new-gen RC 200 in October this year. At this price, the motorcycle comes out ₹2,000 more expensive than the version it replaces.

With the new-gen update, the motorcycle has received a range of new changes from the inside out. It now gets the same RC8-inspired exterior styling that is also seen on the new RC 200 and the RC 390.

With the new changes, the overall weight of the motorcycle has been dropped by as much as 3.4 kg, while the fuel carrying capacity has been upped to 13.7-litre.

At the heart of the new model sits a minorly tweaked 124cc, single-cylinder engine which now gets a larger airbox claimed to offer better lower-end performance.

Also, other key updates on the new KTM RC 125 include a new LCD instrument cluster that replaces the dated orange-backlit unit. In addition, the braking has also been improved with a bigger 320mm disc upfront.