The new Triumph Speed Twin is India bound and is expected to cost close to ₹10 lakh (ex-showroom).As per Triumph, the 2021 Speed Twin will come out to be a completely updated model from the inside out.
By : HT Auto Desk
| Written By : Prashant Singh
| Updated on: 26 May 2021, 12:32 PM 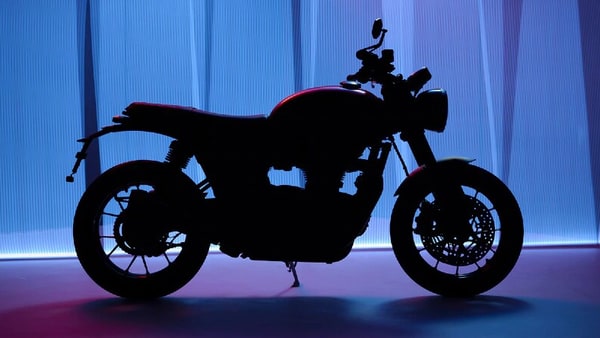 Triumph Motorcycles claims that the Speed Twin will be evolved in every dimension.

Triumph Motorcycles has already introduced a range of new products in India in the last few months including the much-anticipated Trident middleweight naked roadster and the recently launched Triumph Scrambler 900 and Scrambler 1200. Now the company has announced that it will be revealing the new Speed Twin neo-retro model on June 1st. The company has also teased the motorcycle ahead of the global debut next week.

As per Triumph, the new Speed Twin will come out to be a completely updated model from the inside out. The company claims that the new Speed Twin will be "evolved in every dimension, with higher performance, better handling, higher specification and even more premium style and detailing." Thus it will be safe to assume that the bike will carry some significant tweaks over its predecessor.

As per the teaser image, the new Speed Twin will feature the same basic architecture as the previous model. The overall silhouette of the model remains more or less the same. However, there will be some prominent changes to the body kit to make the bike more attractive and give it a refreshed appeal. Also, the teaser image suggests that it will retain the muscular-looking 41 mm upside-down front forks as well as twin shocks at the back.

In terms of mechanicals expect an updated version of the previous 1200 cc motor. While previously it churned out 96 bhp of maximum power and 112 Nm of peak torque, the updated engine could be slightly more powerful since the company claims of 'higher performance' from the bike. Needless to say, the official output figures are saved for the day the bike breaks cover.

The new Speed Twin is India bound and is expected to cost close to ₹10 lakh (ex-showroom). It was previously launched in India in 2019 but couldn't find many customers. However, the company is aiming to change that with the new updates.