Royal Enfield Classic 350’s engine and frame have been sourced from the Meteor 350.Even though the Classic has entered a new generation, it is quite difficult to differentiate the new bike from the old one. The updated bike has been launched in the market.
By : Prashant Singh
| Updated on: 01 Sep 2021, 03:02 PM 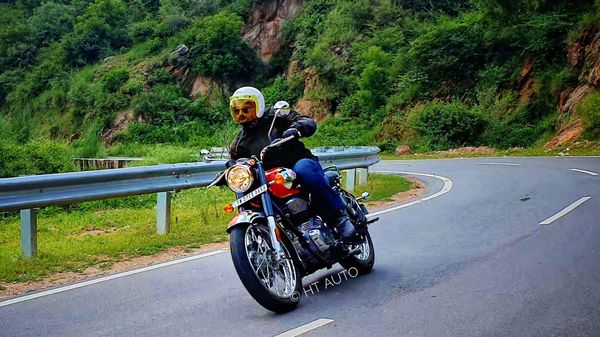 Royal Enfield Classic 350 is one of the most sold premium bikes in the Indian market. (Photo credit: Sabyasachi Dasgupta/HT Auto)

Originally launched over a decade ago in India, the Royal Enfield Classic 350 has been drawing astronomical sales for the Chennai-based bike maker. Its popularity can only be judged by the fact that every second bike sold by the company is a Classic 350. And it is also one of the most sold premium bikes in the Indian market.

Over the years, the Classic 350 has managed to appeal to a wide variety of customers thanks to the amalgamation of the ‘old and new’ it claims to offer, that clearly makes sense to the evolving needs of the Royal Enfield customers. While it comes from the house of the oldest bike brand in the world, it has the charm to pull in youngsters with dreams of owning a Royal Enfield.

For 2021, the company has not only introduced just another update on the Classic but has evolved it from the skin to bone, and a new cult is born. But the question is - If all the changes introduced on the Classic 350 will go down well with its audience that firmly believes in sayings like “good vibrations" and “go loud or go home?" Read on to find out! 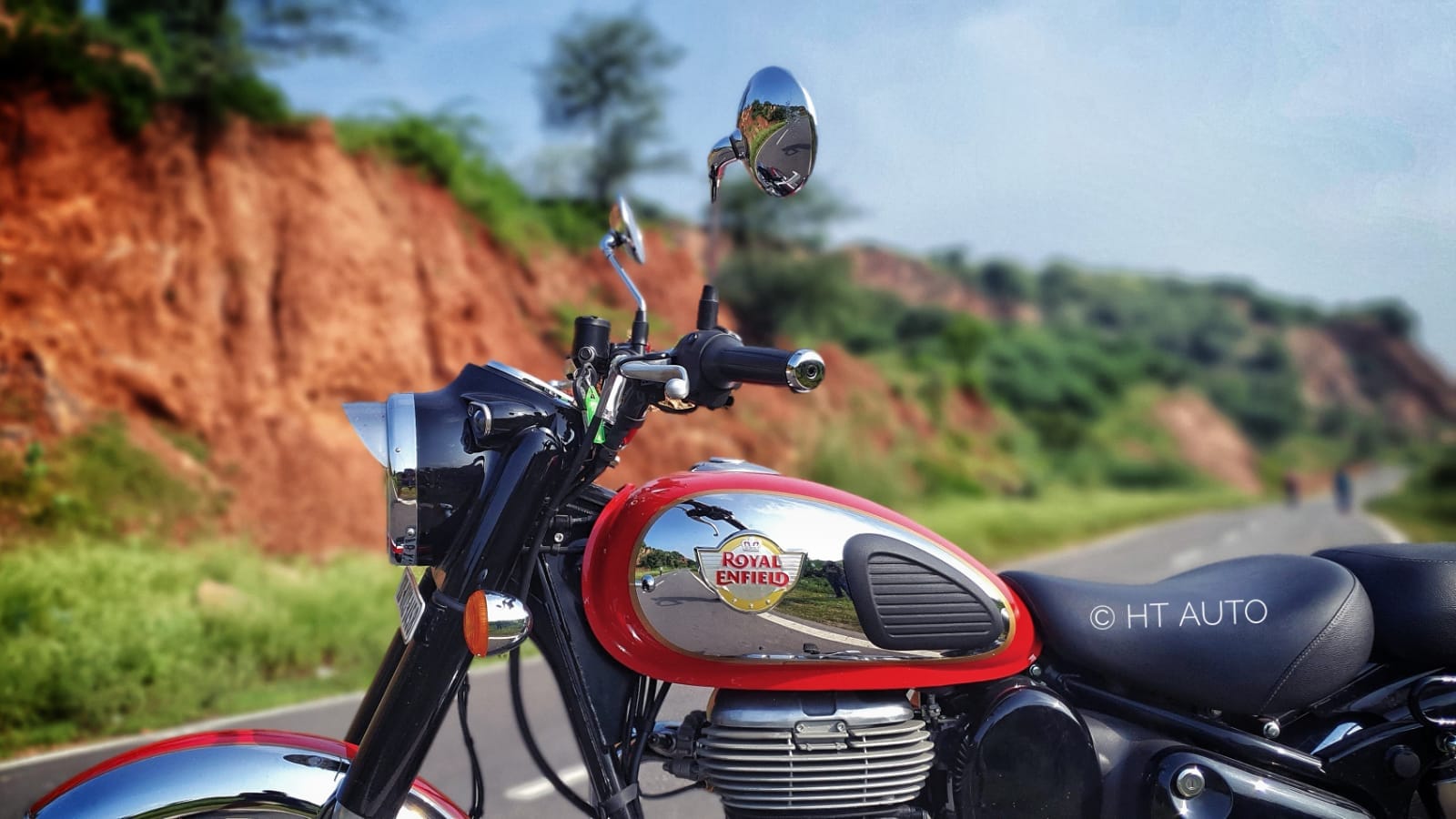 Well, even though the Classic has entered a new generation, it is quite difficult to differentiate the new bike from the old one, especially when you look at it from a distance.

Up close, changes are quite significant. The overall retro appeal of the motorcycle remains intact thanks to the continuation of its circular headlamp with a cap and a flat-wide fuel tank that gels in with the new seat. It also features new tank grip pads, and a redesigned utility box and side panels. At the rear, the tail lamp is also all-new, but there isn’t any drastic difference when compared to the previous model. Even though the Classic 350 has entered a new generation it is quite difficult to differentiate the new bike from the old one. (Photo credit: Sabyasachi Dasgupta/HT Auto)

Not to forget, the bike is also offered in a range of new colour options and our specific dual-channel model featured the Chrome Red colour.

While the updates are aplenty, they may not be significant enough to give the bike a very distinctive appeal, especially when compared to the previous model. In Royal Enfield's own words, they have changed everything, and yet nothing has changed. But a buyer that wants to flaunt his brand new Classic 350, may get discouraged as the majority may pass the bike as the old model.

Classic 350's evolution is heavily inspired by the new Meteor 350. It has not only sourced the engine and frame from the Meteor but other highlights such as swingarm, brakes and handlebar switches have also been taken from the same bike.

While the engine and frame remain hidden inside the panels, on the outside, what appears familiar is its new Tripper turn by turn navigation system that sits inside an update meter cluster. This also gets a fuel gauge but still misses out on a gear position indicator. 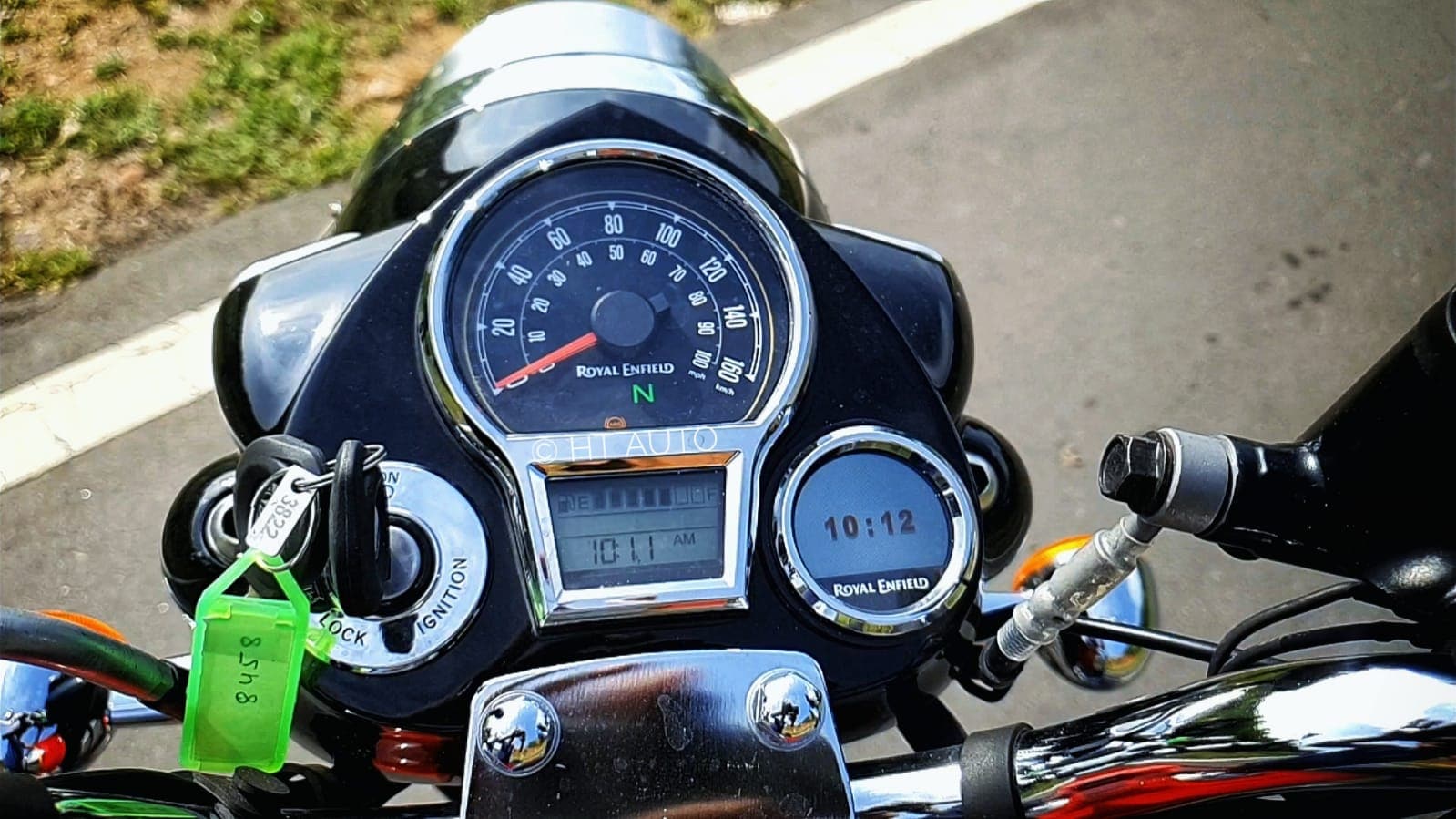 That said, the switch gears on the motorcycle are also borrowed from the Meteor 350, but there may be some colour difference here. The overall fit, finish and quality levels on the new Classic have definitely improved and you don’t need a keen eye to spot the obvious.

How does it feel?

You may feel you are still astride the saddle of the old model until your eye notices a new cluster and switches, rest, the girth and shape of the tank still manage to give it a heavy look from the rider's seat.

Also, the bar has been repositioned, shifted a tad forward for just a bit different stance, but that really doesn't change the way a rider sits on the bike as the overall riding geometry is still very much the same - upright and comfortable. Not to forget, there are the new reworked seats as well, but that part comes later.

Classic’s engine and the frame have been sourced from the Meteor 350. This means that the bike isn’t anything it used to be. The 349 cc single delivers 20.2 bhp and 27 Nm and is miles ahead in terms of refinement when compared to the previous UCE unit. Also, the 5-speed transmission is smooth and slick-shifting. 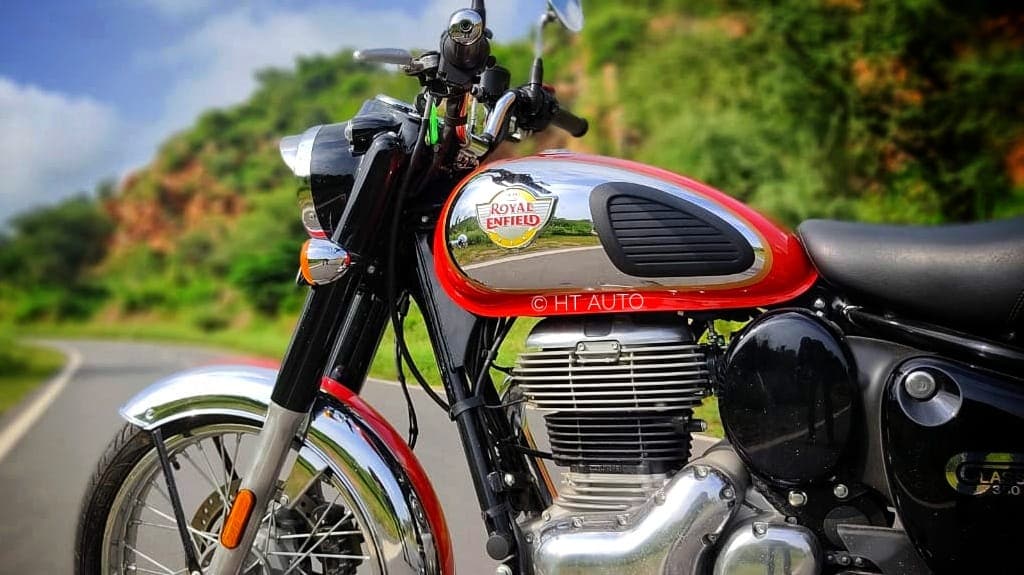 At 195 kg the Classic remains a heavyweight contender but all that weight simply melts away as soon as it starts rolling.

It loves to cruise at highway speeds and you’ll only have to ride it to believe how refined it has become. You can cruise all day long at 80-90 kmph and not once will you feel the vibrations the bike was previously known for. Nonetheless, the character has been retained and it still is as Classic as it gets.

At 195 kg, the Classic remains a heavyweight contender but all that weight simply melts away as soon as it starts rolling. The handling is neutral and all the mass is better balanced and centralized thanks to the updated setup, making it a more confident handler around the corners.

The use of the new seats has also improved the overall riding comfort in long-distance touring but that is a story for another day. 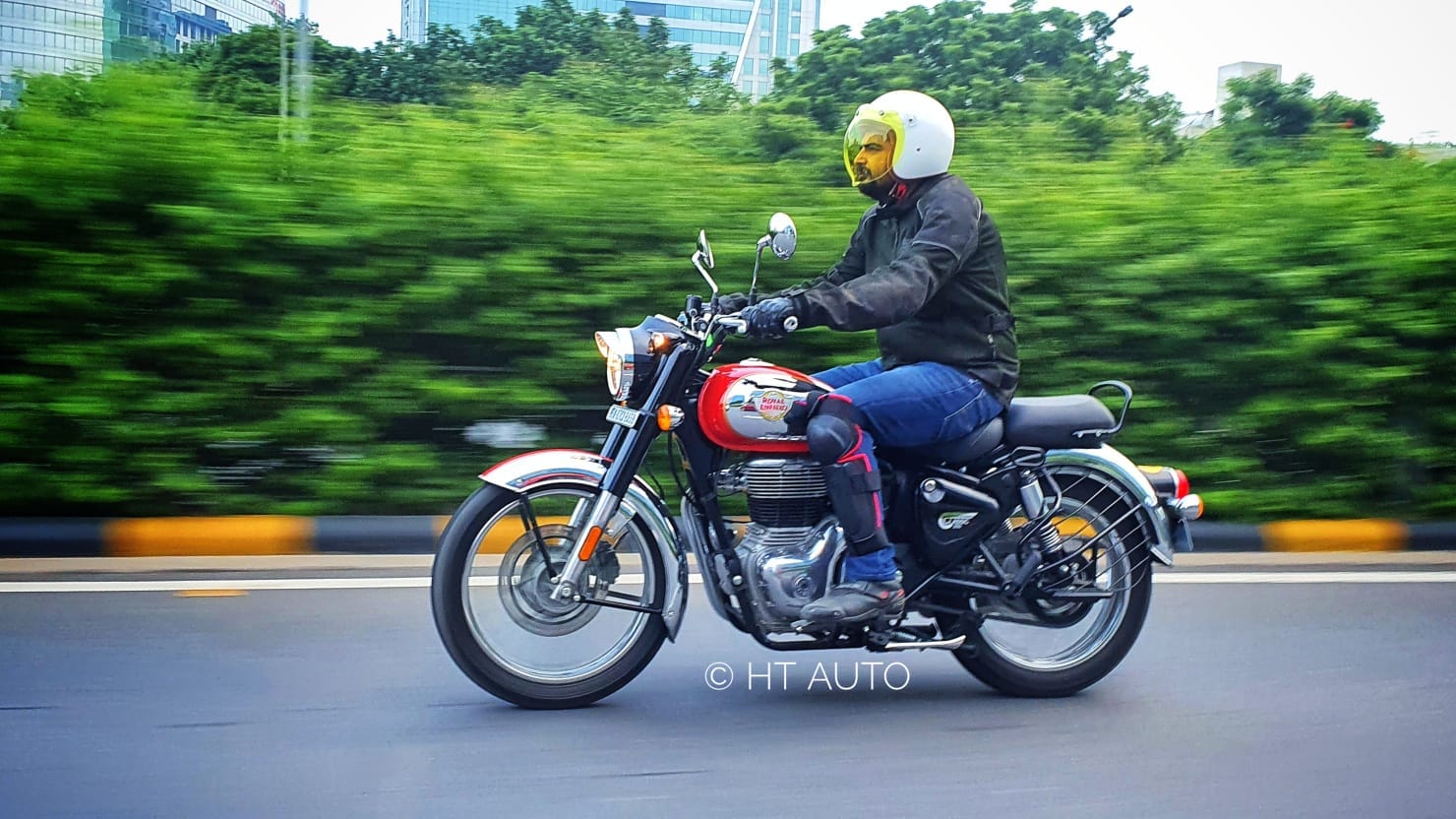 For 2021, Royal Enfield has not only introduced just another update on the Classic 350 but evolved it from the skin to bone. (Photo credit: Sabyasachi Dasgupta/HT Auto)

Meteor sourced disc brakes (300mm disc/front, 270mm disc/rear) are a big step forward from the previous gen motorcycle for sure, and the company also claims that overall braking distance has been reduced in the process.

While the rear brake has a decent bite, feedback and braking power, the front simply requires more force and patience to stop. The concern was also flagged during the time of the Meteor 350, but it still however remains unaddressed. But worry not, this isn't something that can't be fixed. Better calipers, pads and steel braided brake lines are all you need. And this is clearly not a deal breaker considering how thoughtfully it has evolved.

The absence of the vibrations is a good enough reason for me to give it a big thumbs up. But of course, the new Classic 350 is much more than that. It is a remastered version of its old self that has evolved very gracefully to appeal to a more sensible audience.