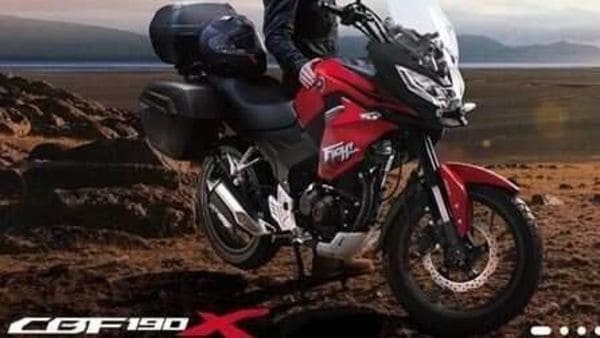 Honda has launched the 2020 CBF190X in the Chinese market. The dual-sport offering has been priced at CNY 16,380 which is equivalent to ₹1.76 lakh.

The motorcycle was originally revealed at the CIMA (China International Motorcycle Trade Exhibition) 2016. It was introduced under the Honda-Sundiro joint venture which also yielded other sub-200 motorcycles such as CBF190TR and CBF190R.

(Also Read: Honda Aviator scooter taken off the shelves after a decade of service)

As the previous 2019 model, the motorcycle comes with V-shaped LED headlights, windscreen, large 12-litre fuel tank, single-piece seat, and bash plate. The 2020 model now features new graphics as well as a fresh brand logo to delineate the Honda-Sundiro partnership. Apart from this, its metre-console has also been updated, the LCD instrument panel now also features a gear position indicator.

The previously found underbelly exhaust system has been given a miss and now sits a new side-mounted exhaust. This change not only contributes to its cleaner looks but also improves its ground clearance. Also, the single-piece handlebar has been replaced with a tad thinner unit for more grip and convinience.

The equipment list of the motorcycle comprises USD front fork, a rear monoshock, disc brakes at either ends and single-channel ABS.