Toyota's wholesales last month were 49 per cent up as compared to June this year when it had dispatched a total of 8,801 units.The company expects that demand will go up further once the current restrictions in some parts of the country are eased.
By : HT Auto Desk
| Updated on: 01 Aug 2021, 15:12 PM 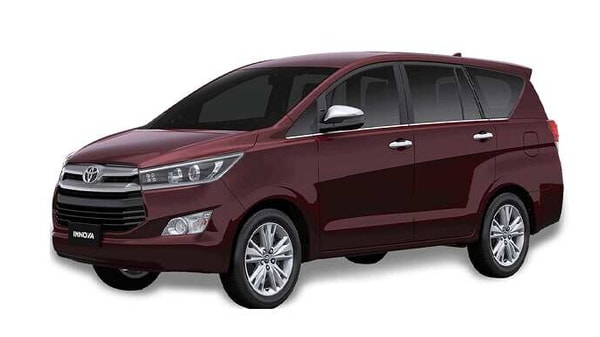 Toyota Innova Crysta has been a segment leader for several years and is a trusted choice for both fleet as well as personal owners.

Toyota Kirloskar Motor (TKM) on Saturday reported a sale of 13,105 units in July, witnessing over two-fold or 143% growth in domestic sales as compared to year-ago period. In July of 2020, the car maker dispatched 5,386 units to its dealerships.

TKM's wholesales last month were 49 per cent up as compared to June this year when it had dispatched a total of 8,801 units. The carmaker believes that such a surge in demand cannot be attributed to pent-up demand alone and that there is a sign of positive momentum in the market. TKM sells model like Innova Crysta and Fortuner here.

The company expects that demand will go up further once the current restrictions in some parts of the country are eased. "Innova Crysta and the Fortuner deserve a special mention as both these models have significantly contributed to our total sales. Even the Glanza and Urban Cruiser are doing consistently well month on month," said Wiseline Sigamani, Associate General Manager (AGM), Sales and Strategic Marketing, TKM.

The company is currently focusing on fulfilling its pending orders as well as on vaccination of its employees, their families as well as dealer and supplier staff, so that it can minimise the risk of infections in the future.

TKM is also increasing the price its flagship vehicle Innova Crysta by up to two per cent from August 1, Sunday due to the rise in production cost. The carmaker currently offers the Innova Crysta MPV in India in as many as 18 variants at a starting price of ₹16.52 lakh for the base 2.7-litre GX 7-seater petrol variant. The prices go up to ₹24.59 lakh (ex-showroom) for the top-spec 2.4-litre diesel ZX 7-seater with automatic transmission.

In other news, TKM has also announced the extension of battery warranty on its Self-charging Hybrid Electric Vehicles (SHEVs) - Camry and Vellfire - in order to boost the adoption of its electric vehicles in the country. The battery warranty on both cars will now extend to eight years or 160,000 kilometres (whichever comes first) from the existing three years or 100,000 kilometres, with effect from August 1.