Elon Musk impressed by Volkswagen, calls it second only to Tesla in EV world

Elon Musk didn't nominate any EV startups despite being asked about the electric vehicles startups.
By : HT Auto Desk
| Updated on: 12 May 2022, 12:27 PM 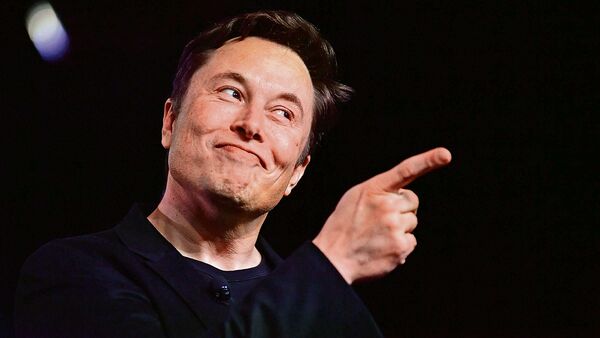 Tesla CEO Elon Musk believes that Volkswagen is the only auto company that is making significant progress in the electric vehicle segment besides Tesla. Musk calls the German automobile brand second only to Tesla in the electric vehicle world when it comes to developing new technologies and making progress. He said this during an interview with Financial Times when asked about which EV startup has impressed him the most. Interestingly, Volkswagen is not an EV startup but a legacy automaker and Elon Musk avoided a direct answer by not mentioning any original EV startups like Rivian, Lucid, Nio etc.

Musk's response to the question was quite surprising. He said that the company that is making the most progress besides Tesla is actually Volkswagen, which is not a startup but could be viewed in some ways as a startup from an electric vehicle standpoint. "VW is doing the most on the electric vehicle front," Musk further added.

Interestingly, Elon Musk has a friendly relationship with Volkswagen Group CEO Herbert Diess. The two CEOs have acknowledged each other's accomplishments in electric vehicles. They have exchanged test drives of Tesla and Volkswagen EVs. Volkswagen CEO Diess even invited Musk to address 200 executives of the auto company via a video call in October 2021. Diess has also complimented Elon Musk and Tesla several times.

Tesla sees strong competition from Chinese EV manufacturers in the coming days. "I think there will be some very strong companies coming out of China. There's a lot of super talented, hardworking people in China that strongly believe in manufacturing. They won't just be burning the midnight oil, they'll be burning the 3 am oil. They won't even leave the factory type-of-thing, whereas in America, people are trying to avoid going to work at all," he further added.