Electric scooters catching fire became regular news at one point a few weeks back when the country was facing severe heat waves.
By : HT Auto Desk
| Updated on: 08 May 2022, 04:59 PM 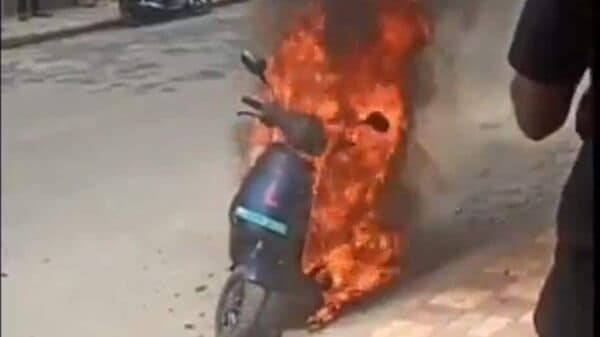 Faulty batteries and modules are likely the reasons behind multiple electric scooter fire incidents that took place across India in the last more than one month. Reuters reports that the initial findings of a federal investigation have identified defective battery cells and modules as the leading cause behind electric scooter fires that even cost the lives of some people.

The report claims that the government has taken samples of battery cells from the three EV companies for further inspection. The final investigation report is expected to be out in about two weeks. Ola Electric on the other hand has claimed that it was likely an isolated thermal issue and there was no fault of Ola's battery management system.

The revelation comes at a time when India is aiming for electric scooters and electric motorcycles to make up 80 per cent of its total two-wheeler sales by 2030, up from the current two per cent. After multiple electric scooter fire incidents were reported, the upbeat consumer sentiment towards electric scooters took a hit instantly. Several potential consumers changed their minds to buy electric two-wheelers and opted for ICE-powered models instead. The concerns around safety could jeopardise consumer confidence and could derail the growth of India's EV sector impacting the country's carbon reduction goals.