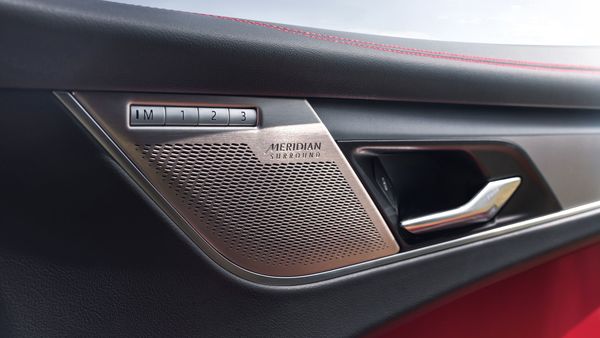 The luxury cars come with high-end music systems onboard that not only offers a premium audio experience but gets a host of modern technologies as well.

June 21 is a very special day for millions of music lovers around the world. All over the world, this day is celebrated as World Music Day. It is also known as 'Fete de la Musique' in French and Make Music Day as well.

The objective of World Music Day is to honour musicians around the world. It was first celebrated in France in 1982 and since then it is celebrated every year on June 21 in 120 countries across the world.

When it comes to music, automakers across the world have been playing a key role in bringing high-end music system to people through their in-car entertainment system. Especially the luxury cars come with absolutely high-class music systems that are not only impressive in terms of audio experience but comes with top-notch technology as well.

Specific luxury auto manufacturers offer their cars with a specific audio system onboard. These specific audio system providers are associated with specific luxury car brands, such as - Mercedes-Benz and Burmester, Audi and Bang & Olufsen, Jaguar Land Rover and Meridian, BMW and Harman Kardon, Volvo and Bowers & Wilkins, Lexus and Mark Levinson, Lincoln and Revel, Genesis and Lexicon, Bentley and Naim etc. The list goes on.

Here are some of the luxury car makers in India with their in-cabin high-end audio systems.

Mercedes-Benz has a long association with Burmester. The audio system provider makes tailored sound systems for the Mercedes cars. It doesn't rely on watts for output but aims for a 3D or 4D sound experience. Burmester is also associated with Porsche and Bugatti as well.

Burmester Audiosysteme GmbH is the full name of the company. Founded in 1977, it is a German high-end audio component manufacturer based in Berlin-Schöneberg. The company was founded by an Austrian-born musician and engineer Dieter Burmester. The company has two division - home audio and automotive sound system.

Audi cars and Bang & Olufsen sound systems have a love affair for quite a long time. The Audi cars come with Bang & Olufsen high-end sound systems cranking big watts. The B&O's Acoustic Lens technology is something that causes the music to be dispersed in a manner ensuring every occupant gets the full experience.

B&O is a Denmark based high-end consumer electronics company. Founded in 1925 by Peter Bang and Svend Olufsen. It specialises in in audio products,m televisions and telephones. B&O is also associated with BMW, Aston Martin, AMG, and Bentley as well.

Meridian Audio is a British high-performance, high-fidelity audio and video component manufacturer that is associated with Jaguar Land Rover. It was founded in 1977 by Bob Stuart and Allen Boothroyd under the name Boothroyd-Stuart. Meridian created the lossless compression format Meridian Lossless Packing and the Master Quality Authenticated (MQA) audio codec as well.

Meridian's sound-processing technology blends stereo signal into the centre and surrounds channels is a unique system. It comes with small speakers dotted around the vehicle. Besides Jaguar Land Rover, McLaren too uses Meridian sound systems.

BMW and Harman Kardon has a quite long association. Harman Kardon is a division of US-based Harman International Industries, a subsidiary of Samsung Electronics. It manufactures home and car audio systems. The Harman Kardon was originally founded in 1953 by Sidney Harman and Bernard Kardon.

Besides the Harman Kardon, BMW now also works with Bowers & Wilkins for its in-car audio systems. Some of the BMW models now come with B&W audio systems.

Bowers & Wilkins audio systems are featured predominantly in Volvo's current range, as well as in Maserati and Jaguar cars.

Founded in 1966 by John Bowers in Worthing, West Sussex, England, the B&W is also associated with Maserati and Jaguar as well. However, it predominantly produces audio systems for Volvo cars.

Toyota's luxury car division Lexus is associated with Mark Levinson, a US-based high-end audio equipment manufacturer for its in-cabin sound systems. The company was founded in 1972 by Mark Levinson. It is based in Stamford, Connecticut and currently owned by Harman International Industries, a subsidiary of Samsung Electronics.