Home Auto Cars News Why Mg Zs Ev May Have Received 2,100 Bookings Even Before Price Announcement

Why MG ZS EV may have received 2,100 bookings even before price announcement 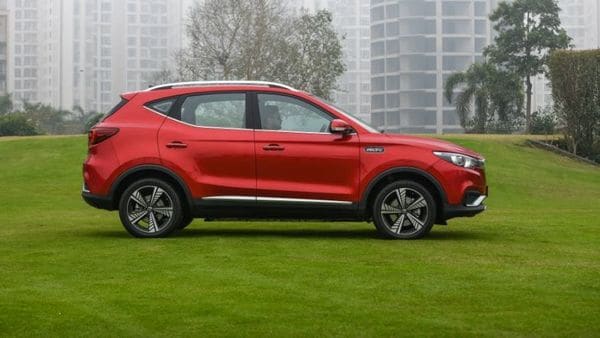 MG Motor recently announced that it has received 2,100 bookings for its upcoming offering in India - ZS EV. For a company that is less than a year old here and with only one offering - Hector, MG's big bet at going electric with the ZS may have begun showing early signs of success already, even without the pricing for the ZS EV being officially announced.

The electric car market in India is still in its infancy and MG's foray into this space is being widely regarded as both risky as well as bold. It may be bold because it is risky as the Indian market is yet to properly warm up towards electric mobility due to a number of reasons ranging from lacking infrastructure, low awareness levels to the electric cars being rather expensive. With 2,100 bookings however, MG may have managed to address at least the first two factors to a great extent.

The ZS EV's official price announcement was previously scheduled for Monday (January 27) but is now slated for Thursday (January 23) and it will officially lock horns with Hyundai's Kona which is priced at around ₹23.5 lakh (ex showroom). While the Kona is a capable EV, the response has been lackluster. The ZS EV could be a different story due to a number of reasons.

At the onset, it is of significance to highlight that the pre-launch booking figure is no definite indication of how a car would fare. And yet, to manage the figure in a market that saw only 1,554 EVs being sold between April and December of 2019 is a strong statement of intent from MG. In the period mentioned, Hyundai sold 292 units of Kona, Mahindra sold 563 units of e-Verito and 30 units of e20 while Tata Motors sold 669 units of Tigor EV. MG would be hoping that the sales of ZS EV can be a shot in the arm for the segment as a whole.

The possible reasons for the interest in ZS EV can be - apart from its electric heart itself, could be its SUV-ish proportions. The car definitely looks a whole lot more SUV-ish than Kona and stands taller and wider. It is packed with a number of neat features and a premium cabin while MG is giving an eight-year warranty on the battery pack.

Additionally, MG has worked overtime on creating a supporting infrastructure and will install a charging unit at each customer's choice of place - residence or office. DC chargers would be available at MG dealerships while the company has tied up with a number of other companies to recycle the batteries inside the ZS EV once they run their entire life cycle.

To guarantee sales though, MG will have to further improve its post-sales network in the country. There have been several complaint reports regarding the Hector SUV from the company and while MG has gone the distance in trying to provide fixes, room for improvement remains.

The other big factor could be the price itself and if MG is able to undercut the Kona, the ZS EV could well usher in a new dawn in the Indian electric mobility space.