Volvo XC40 Recharge EV is the first fully battery-powered offering from the car maker.XC40 Recharge will take on the likes of EQC from Mercedes and Jaguar I-PACE.Volvo has confirmed it will also drive in the C40 Recharge here, apart from the updated S90 and XC60.
By : HT Auto Desk
| Written By : Shubhodeep Chakravarty
| Updated on: 09 Mar 2021, 06:34 PM 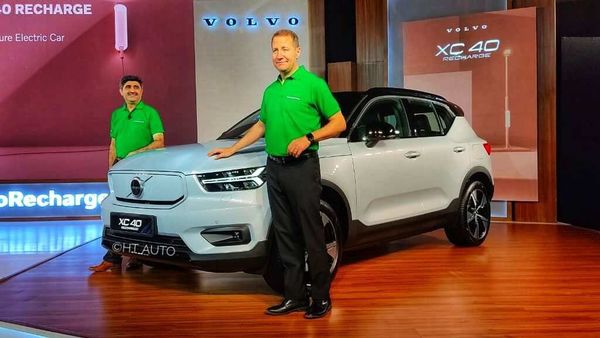 Volvo XC40 Recharge is set to join the electric bandwagon in the luxury segment in India and was officially showcased in Delhi on Tuesday with an eye out for luxury car buyers looking for a battery-powered option. The Volvo XC40 Recharge will be available for bookings from June with the deliveries of the first batch of the electric vehicle commencing from October.

Volvo has been teasing the XC40 Recharge in the Indian market for some time now and has big plans to take on rivals like Mercedes and Jaguar Land Rover. While Mercedes drove in EQC late last year, the Jaguar I-PACE is also gearing up for an official launch later this month. 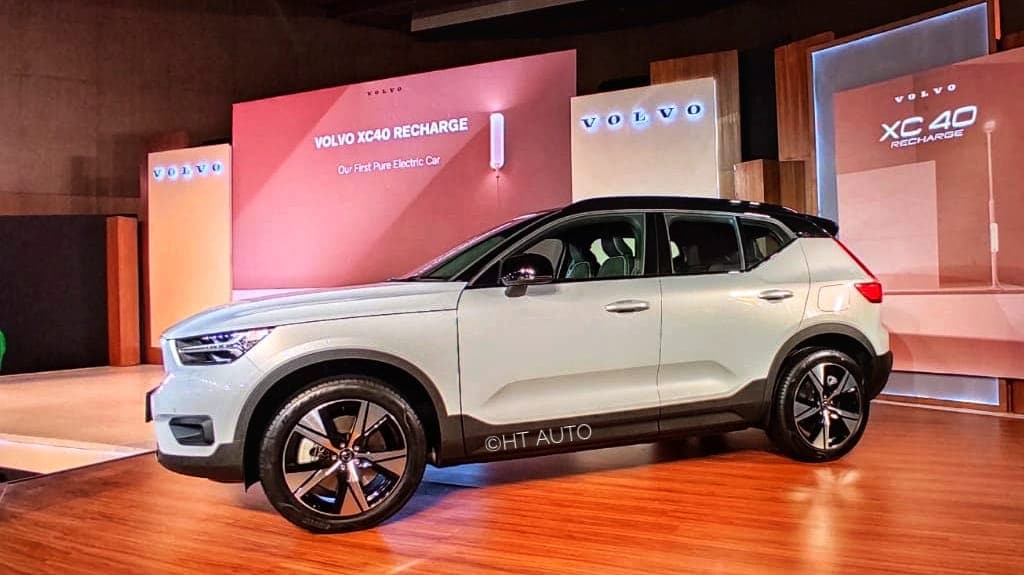 The XC40 Recharge could offer a real-world drive range of over 330 kilometres. (HT Auto photo)

The XC40 has been a successful offering for Volvo here in India and the XC40 Recharge is looking at building on its strength. It has a claimed range of over 400 kilometres and a certified range of around 335 kilometres. This is largely thanks to a 78 kWh battery pack at its core.

Globally, Volvo is looking at mounting a challenge to the dominance enjoyed by Tesla models and starts at a price point of $53,990 in the US market which makes it take Tesla Model Y head on. In India, it could be priced very competitively if compared to some of its rivals. Although the price structure here has not been revealed, it could be somewhere in the region of ₹60 lakh (ex showroom) and upwards.

And while the XC40 Recharge may well be the biggest highlight for Volvo in India this year, it is a packed 2021 for the company. It is confirmed that the car maker will also drive in the updated S90, XC60 as well as C40 Recharge in the Indian market.