Volkswagen has teased the Nivus in Brazil. Expected to take it to emerging markets, India too may see the vehicle in the times to come.
By : HT Auto Desk
| Updated on: 10 Dec 2019, 06:54 PM 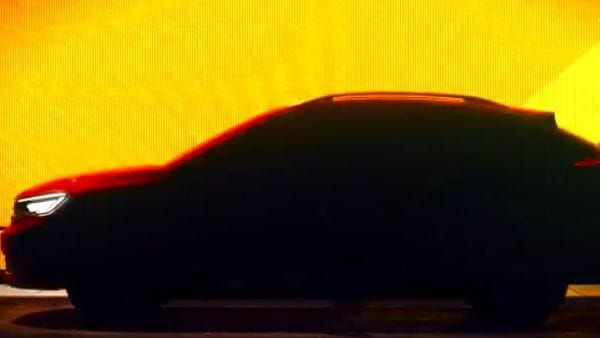 The compact SUV segment in India is an arena which has been fought for every inch of space it has on offer. A number of major car makers in the country have tried to grab bragging rights here with Maruti Suzuki's Vitara Brezza managing to stay ahead. In a bid to challenge that authority, however, Volkswagen may consider bringing in the Nivus which has the ability to strike a chord with Indian car buyers.

The Nivus was recently teased Volkswagen in Brazil and has managed to generate quite a buzz there. It is expected that the car will be launched in the Latin American country some time around mid-2020 before it makes its way to European markets. That Volkswagen has indicated that Nivus is primarily for emerging markets, it won't be too brazen to predict that the car maker might have also considered it for India, especially because it does not have an offering here in the subcompact SUV segment.

The compact SUV segment is quite lucrative and currently has cars like Brezza, EcoSport from Ford, Hyundai's Venue and Mahindra's XUV 300. Volkswagen's Nivus could pack a punch considering it is likely to get contemporary styling and promise of space on the inside. Based on the company's MQB A0 IN platform, the Nivus - formerly also referred to as T Sport - could corner a chunk of market share and attention even if Volkswagen India has revealed no plans of bringing it here, yet.

Pricing is a key factor in the compact SUV segment and cars in this category usually range between ₹8 lakh and ₹12 lakh. Such is the lure of this category that even newer players like Kia are looking to cash in and the Koreans will bring in the QYI at some point next year.