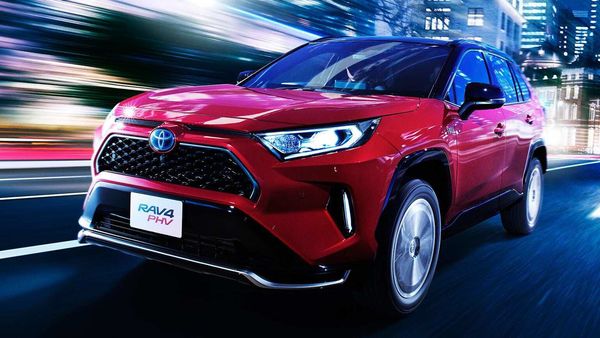 The RAV4 Prime boasts an electric range of 42 miles (around 67 kms).

Toyota has launched the new model RAV4 plug-in hybrid electric vehicle (PHEV) through dealerships in Japan. The PHEV version of the company's popular small SUV will go on sale this summer. The basic version of SE will start at $ 38,100 (around ₹29 lakh), and the XSE at $ 41,425 (around ₹31.5 lakh).

The RAV4 Prime boasts an electric range of 42 miles (around 67 kms), which sets it apart from most modern PHEVs. Toyota's new hybrid with E-Four electric 4WD system generates up to 302 hp and strives to reach 0-60 mph in 5.7 seconds, making it the fastest four-door model in Toyota's lineup. The base model comes with a 3.3 kW on-board charger. A 6.6 kW charger is available as part of the premium options package.

As far as the design of the SUV is concerned, the front grille reveals the distinctiveness of the RAV4 PHEV, while the low centre of gravity enhances the vehicle's strong sporty appeal. Special LED day lights boost the advanced appearance. The vehicle is fitted with newly designed 19-inch RAV4 aluminium wheels.

On the inside, the finishing is mostly in black, to emphasise the sportiness, combined with red stitching, for a luxurious finish. Synthetic leather sports seats are standard equipment for all vehicles. There is a 9-inch display that pops out on the dashboard and a Head Up Display. Besides SmartDeviceLink, the SUV will support Apple CarPlay and Android Auto as well. 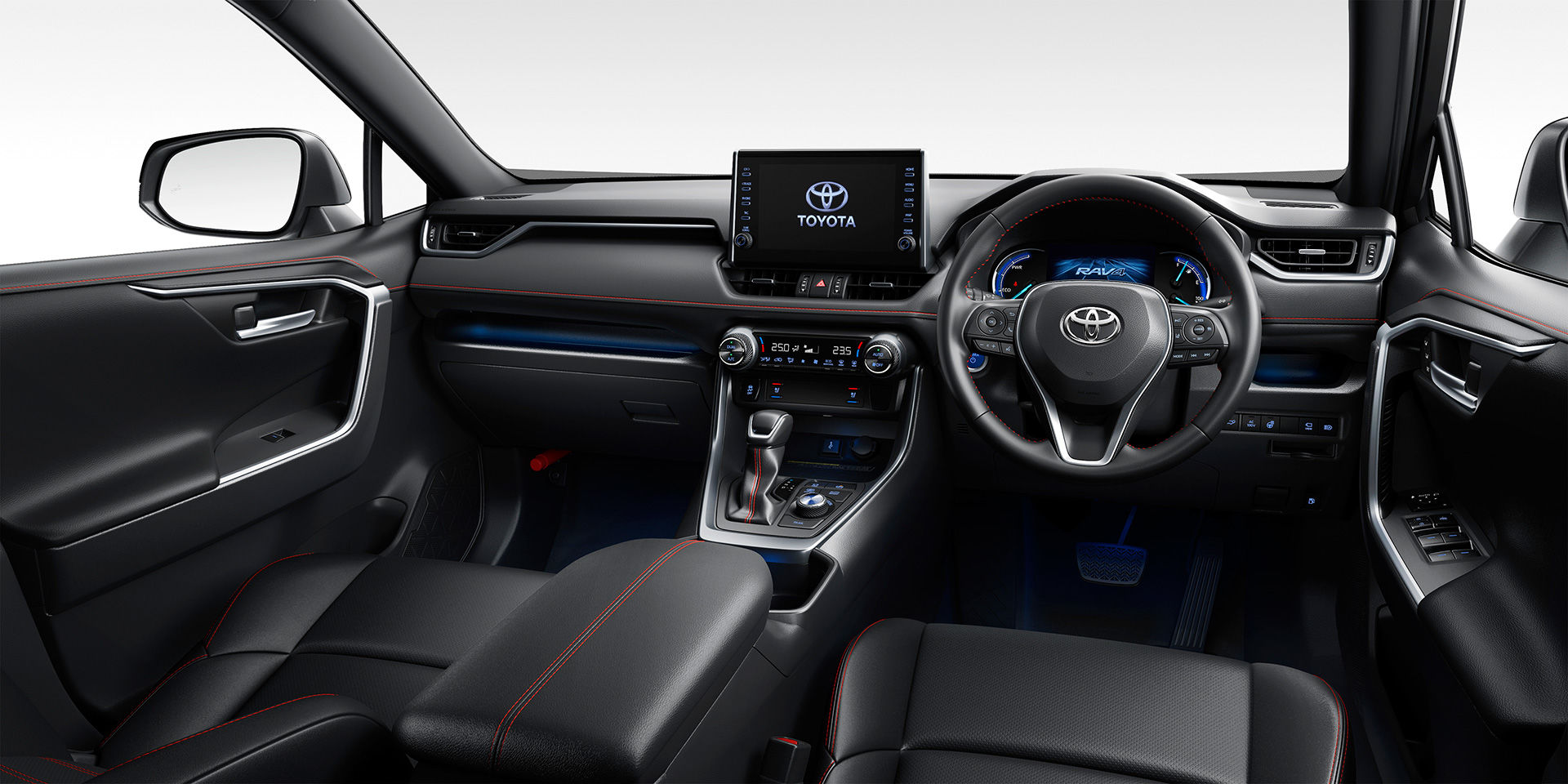 On the inside, the finishing is mostly in black, to emphasise the sportiness, combined with red stitching.

For safety, Toyota has used its pre-collision safety system that detects pedestrians at day and night, as well as cyclists during the day. Among other safety features are Intelligent Clearance Sonar with Parking Support Brakes (Stationary Objects) that helps reduce and mitigate damage from collisions during low-speed driving in parking lots.

The RAV4 is readily able to provide regular power supplies at home or outside as a standard feature. The supplied power cable (both AC 100 and 200 V) can be connected to an electrical socket for recharging. Fitted with a remote-controlled air conditioning system. Air conditioning can be switched on using a smartphone application or a smart key. The car interior can be heated or cooled for up to 20 minutes, using electricity from the lithium-ion battery.

The RAV4 moved to the latest 'fifth-generation' a year back and received a momentous upgrade in the form of Toyota’s new modular TNGA-K (Toyota New Global Architecture) platform which improved the SUV's overall architectural strength, driving dynamics and allowed it to a use hybrid powertrain. The same platform is also utilised in Toyota's variety of SUVs thanks to its modular nature.