Fifth-gen Toyota RAV4 SUV: Why we need this Jeep Compass rival in India 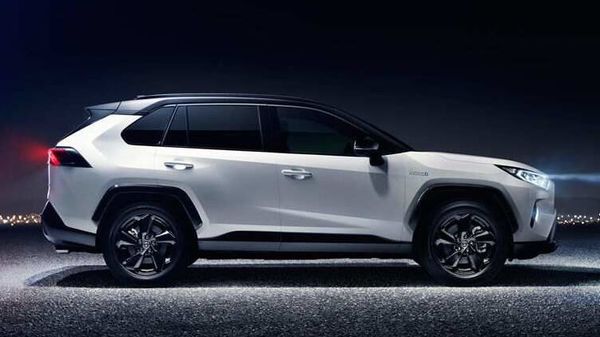 Toyota RAV4 SUV has been around in the international market since 1994 and it is quite famous among the mid-size SUV buyers. The company has sold over 10 million units of the SUV ever since its introduction.

The RAV4 moved to the latest 'fifth-generation' a year back and received a momentous upgrade in the form of Toyota’s new modular TNGA-K (Toyota New Global Architecture) platform which improved the SUV's overall architectural strength, driving dynamics and allowed it to a use hybrid powertrain. The same platform is also utilized in Toyota's variety of SUVs thanks to its modular nature.

The SUV is currently offered with either a petrol or petrol-hybrid engine, while the diesel options have been discontinued ever since it entered the latest generation.

It is currently available with petrol options including (173 PS/203 Nm) 2.0-litre, four-cylinder motor, and (207 PS/243 Nm) 2.5-litre, four-cylinder engine. Its petrol-hybrid option includes 2.5-litre engine which is common across majority of the international markets. It has been rated to develop 218 PS/221 Nm in FWD form, while in AWD develops it 222 PS/ 221Nm. There will also be a Plug-in Hybrid (PHEV) option known by the name RAV4 Prime. It will use a tuned hybrid powertrain which will develop 302 PS (combined) output. As per official claims, it will be able to cross 0-100 kmph mark in no more than 5.8 seconds.

There is also a Off-Road version of the RAV4 SUV present in the select international markets. This version features a 207 PS, 2.5-litre petrol engine which come with an 8-speed automatic gearbox transmitting power to all wheels. Moreover, this version also gets a sportier suspension setup, 18-inch alloys, off-road focused tyres as well as black and red interiors.

(Also Read: Being ugly is a selling point for these tiny Japanese vans)

It competes against the likes of SUVs such as Honda CR-V, Volkswagen Tiguan, Skoda Kodiaq, Nissan X-Trail, Jeep Compass, and Citroen C5 Aircross. While majority of its rivals are already present in India, or in the pipeline, the RAV4 is still sorely missed.

Though, the company has never revealed its plans of launching the RAV4 in the Indian market, but seeing the rising tide of SUVs in India, it will certainly prove to be a promising addition to Toyota's India's line-up.