Toyota Urban Cruiser sub-compact SUV is the latest to become one among 10 safest cars in India. It went through crash tests conducted by Global NCAP recently along with other Made-in-India cars like Hyundai Creta and i20.
By : HT Auto Desk
| Updated on: 13 Apr 2022, 01:04 PM 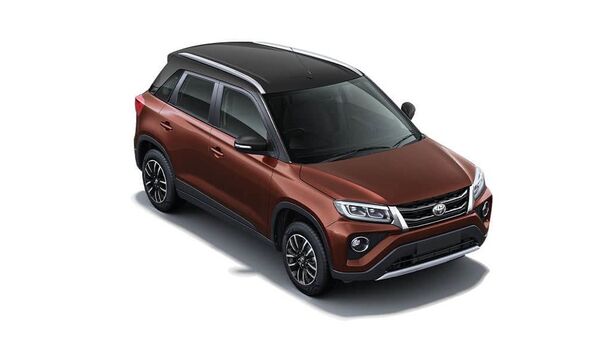 Toyota Urban Cruiser has emerged as one of the safest cars on Indian roads. The sub-compact SUV scored 4-star ratings at the recently concluded crash tests conducted by Global NCAP under its Safer Cars For India initiative. The Urban Cruiser was put to the test along with other Indian cars like Hyundai Creta and i20. The sub-compact SUV managed to push Honda Jazz out of the list, which was earlier considered to be one of the safest hatchbacks in India.

Here is a look at how the top 10 safest cars in India stack up at present.

Tata's latest SUV Punch also scored very high on safety ratings at the Global NCAP crash tests. It is currently considered as the second safest car in India with a five-star safety rating for adult occupant protection and four-star rating for child occupant protection. It is also the third vehicle from Tata to get this safety recognition after Altroz in January 2020 and Nexon in December 2018.

Mahindra XUV300 was the first of the Mahindra cars to secure five-star ratings at the Global NCAP crash tests. It was also the recipient of the Global NCAP's first ever ‘Safer Choice’ Award for achieving the highest levels of safety performance. Before Tata Punch, the XUV300 had the highest combined occupant safety rating of any Indian car tested so far.

Tata's premium hatchback Altroz is currently the safest car in India in its segment with a five-star rating at the Global NCAP crash tests. It also has a three-star rating for child occupant protection. Altroz comes with safety features such as ABS, Traction Control, Central Locking, EBD, ISOFIX (Child-Seat Mount), 2 airbags among others.

Among the sub-compact SUVs currently available in India, Tata Nexon is the safest according to Global NCAP ratings. The SUV had secured five-star rating for adult occupant protection and three stars for child occupants. Nexon is packed with safety features like dual front airbags, ABS brakes and ISOFIX anchorages among others.

The off-road SUV was the first car from Mahindra to enter the Global NCAP list of safest cars in India. It was pit to test late last year when it secured a four-star rating for both adult and child occupants. Thar SUV offers two airbags as standard, ABS, EBA, EBD, Hill Assist, ISOFIX (Child-Seat Mount) among its key safest features.

Tata's electric sedan was the first ever electric vehicle (EV) to be tested by Global NCAP. The Tigor EV, one of the best-selling electric models in India at present, scored a four-star safety rating for both adult and child occupants. Tigor EV comes with dual airbags, ABS, EBA, EBD, ESP and more in terms of safety features.

Toyota Urban Cruiser is placed at number nine on the list, pushing out Honda Jazz out of the list. The Urban Cruiser SUV, which secured four-star rating, was tested in its most basic safety specifications fitted with two frontal airbags and anti-lock braking system (ABS). Toyota offers Urban Cruiser with other safety features like EBD, ISOFIX (Child-Seat Mount), Hill Assist, Reverse Parking Sensors and more.

Tiago hatchback and Tigor sub-compact sedan are equal in terms of safety standards. Both Tigor and Tiago scored four stars in adult occupant protection and three stars for child occupant protection. Both cars are offered with two airbags as standard safety equipment.