The next big thing from Ford may feature 'dance' suspension setup

Ford is bringing back the iconic Bronco SUV from years gone by. Built for the outdoors, it could well feature unmatched 4X4 capabilities.
By : Shubhodeep Chakravarty
| Updated on: 16 Apr 2020, 10:30 AM 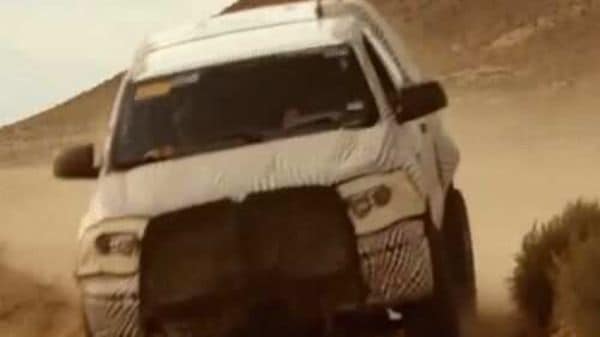 Photo grab from a video posted on Twitter by @FordCanada

Ford is gradually gearing up to bring its much-loved Bronco SUV from the past and give it design and performance touches to make it contemporary for buyers of today. Years gone by saw US buyers taking a liking towards the vehicle and several radical updates could revive the love affair. 'Dance suspension' set up could well be the biggest of these updates.

According to reports in the US media, Ford's recent patent for an active suspension lists out settings like Music Mode, Entertainment Mode and Daredevil Mode. Speculations suggest that these could make the updated Bronco dance.

The patent itself is almost a year old but the three mode features have given rise to speculation that the suspension setup in the new Bronco could be to enable the vehicle to tackle a wide variety of road conditions. The old Bronco was a no-nonsense off-roader but the new version could well improve on those genes and get features to increase or decrease ride height, deploy or switch off four-wheel drive, among others.

Motor1 goes on to further report that the patent describes the Music Mode as a way by which drivers can 'dynamically adjust a suspension height of the vehicle to achieve a target suspension height.' The Entertainment Mode has been described as a means by which 'active components could be triggered by a vehicle driver’s desire for non-traditional performance inputs.' The Daredevil Mode may make the vehicle drive on two or three wheels for short distances of a few meters, if and when required.

These features may have fancy names and a touch of marketing gimmick to them but can prove to be crucial to get the vehicle up and running in tricky situations out in the wilderness. But as things go with patents, not all of these may actually make their way to the final production version.