Home Auto Cars News Thanks. But No, Thanks: Audi Says Has No Intentions Of Selling Lamborghini

Thanks. But no, thanks: Audi says has no intentions of selling Lamborghini

Audi has clarified that it has no intention to sell Lamborghini, after the rumour surfaced that the German company is mulling the plan of selling the Italian supercar marque.
By : HT Auto Desk
| Updated on: 29 May 2021, 09:57 AM 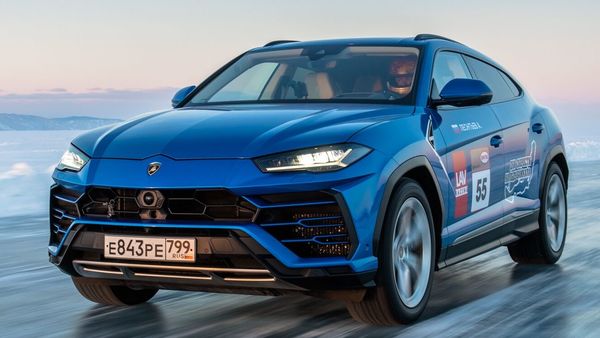 Lamborghini has been tasting success for quite some time with the Urus SUV.

German luxury carmaker Audi has said that it has no intention to sell the Italian supercar brand Lamborghini. The clarification from Audi, which is a part of the Volkswagen Group, comes after several publications around the world reported that Audi is mulling the plan of selling Lamborghini.

Under the Volkswagen Group, Lamborghini has been tasting success in the recent past like never before, especially fuelled by the immense success of the Lamborghini Urus, the automaker's high-performance luxury SUV. Audi has reportedly been offered $9.2 billion by Swiss investment group Quantum Group AG, to sell the supercar marque.

It was also reported that the Swiss investment group wants to buy everything from the Lamborghini brand name to the factory and even the brand’s motorsport operations as well. However, Audi has clarified that the raging bull will remain in the Volkswagen Group stable only, as Automotive News reports.

The letter of intent reportedly included a five-year supplier agreement with Audi and a guarantee to retain the existing workforce for up to five years. Also, a new development centre was also mentioned in the letter of intent, which would have added around 850 new jobs.

On the other hand, there is a rumour that Croatian electric car manufacturer Rimac is about to buy the French hypercar brand Bugatti. However, there is nothing official about this till now. In the meantime, Volkswagen Group-owned German performance car brand Porsche is increasing its stake in Rimac to 24%. The decision regarding Bugatti’s fate is expected to be decided in the coming weeks or months.

The Rimac-Bugatti deal would help both automakers to explore the best of each other. While Bugatti will get the advantage of Rimac’s electric powertrain expertise, Rimac can explore Bugatti’s expertise on the fossil fuel-powered hyper-performance powertrain technology.