Automobili Lamborghini is under the control of Volkswagen Group-owned Audi.Lamborghini registered a record quarter when it delivered 2,422 vehicles from January to March this year.Lamborghini has stated it plans to invest $1.8 billion to strengthen its electrification processes.
By : HT Auto Desk
| Updated on: 26 May 2021, 08:53 AM 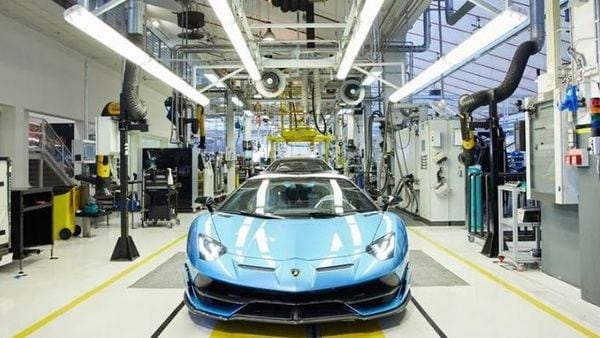 Supercars may not just be relevant in current times of electric vehicles but the business of making and selling these are likely to remain lucrative. How else may one explain a potential interest in buying Automobili Lamborghini even though the company only recently express its intent on going the electric way?

According to a report in UK's Autocar, Volkswagen Group has received a non-binding offer worth 7.5 billion Euros for Automobili Lamborghini from an investment group called Quantum Group AG. Based in Zurich, Quantum Group AG had reportedly sent a letter of intent earlier this month.

It is further reported that Quantum Group AG has, among others, Rea Stark - a co-founder of Piech Automotive, Anton Piech - son of ex Volkswagen Group chairman Ferdinand Piech, as well as former Porsche CEO Matthias Muller, as its members.

At present, Automobili Lamborghini is under the control of Volkswagen Group-owned Audi and has been on an upward trajectory in recent times. The car maker delivered 2,422 vehicles from January to March, marking the quarter its best ever in terms of results. The increase in sales was +25% over the same period of 2020 and is 22% higher than the first quarter of 2019, which now stands as the second best ever. A bulk of the propulsion has come from the Urus SUV while markets such as the US, China and Germany have been showing positive trends. (Read full report here)

At present, Volkswagen Group has made no acknowledgment of the letter of intent from Quantum Group AG and so, it is not clear if it would seriously consider the possible sale. The above-mentioned report, however, does add that Volkswagen Group chairman Herbert Diess and Audi chairman Markus Duesmann are in the know.

At the onset of the pandemic last year, there were concerns about the fate of supercars but while Automobili Lamborghini did have to suspend work at its Sant'Agata Bolognese facility in Italy for a brief period of time, it has managed to bounce back.