Tesla Model S Plaid is set for a launch after several delays. The starting price of Model S Plaid has been hiked to $129,990.Model S Plaid fires from zero to 100 kmph in under two seconds and holds the quarter-mile time record.The Tesla will lock horns against Mercedes EQS and Porsche Taycan.
By : HT Auto Desk
| Updated on: 10 Jun 2021, 12:38 PM 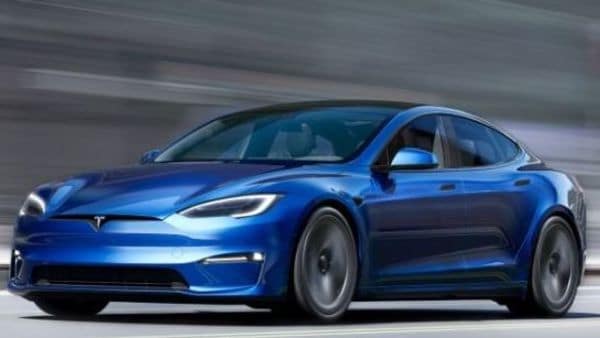 Tesla has had quite lead against rivals when it comes to electric vehicles forcing car makers with decades of history to not just sit up and take note but hit the ground running. At a time when almost every car company either has or will launch electric models, Tesla is hardly backing away from a fight. In its armoury next would be the high-performance Model S Plaid, aimed at taking on luxury rivals from Mercedes and Porsche.

Tesla Model S has been around since 2012 and the EV has been a cornerstone in the electric passenger vehcle segment the world over. And although it is the more affordable Model S that truly took EVs to the masses, it is the Model S that is often credited as the car that started the electric revolution. And that revolution could speed up, literally as well, with claims that Model S Plaid fires from zero to 100 kmph in under 2 seconds. Now that's seriously fast.

With its blink-and-miss acceleration and a claimed drive range of 625 kilometres, Model S Plaid could be quite the game-changer in the high-end EV segment that has recently seen big moves by Mercedes courtesy EQS and Porsche courtesy Taycan EV. That Mercedes also plans an AMG-branded model is likely to further up the performance EV space.

Will Model S Plaid then be able to outpace the worthy rivals? With a triple motor setup and recently listed the official quarter-mile time as 9.23 seconds, it sure does have a lot going for it.