Tesla recalls over 817,000 cars in this country over seat belt reminder alert 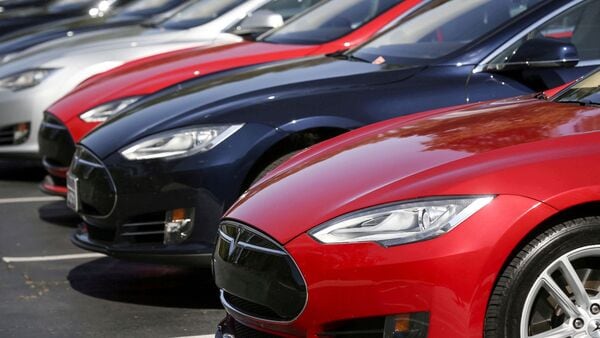 The faulty alert system might result in the driver not buckling his or her seatbelt.

Tesla on Thursday has issued a recall for more than 817,000 cars in the United States over a faulty seat belt reminder alert system. The affected cars come with a system that might not activate an audible alert when the vehicle starts and the driver has not buckled the seat belt, said the US auto safety regulator National Highway Traffic Safety Administration (NHTSA).

The affected Tesla cars include 2021-2022 Model S and Model X, 2017-2022 Model 3, and 2020-2022 Model Y. These Tesla cars have failed to comply with a federal motor vehicle safety standard on 'Occupant Crash Protection' because the chime doesn't activate. The electric car manufacturer will perform an over-the-air (OTA) software update to address the issue, said NHTSA.

The automaker claims that as of 31st January this year, the company was unaware of any crashes or injuries because of this fault. The fault was brought to Tesla's attention by the South Korea Automobile Testing & Research Institute (KATRI) on 6th January this year.

The automaker has said that on the recalled vehicles a software error may prevent the chime from activating upon vehicle start under certain circumstances. It also claims that the issue is limited to circumstances where the chime was interrupted in the preceding drive cycle and the seat belt was not buckled subsequent to that interruption.

This recall comes right after Tesla announced another recall of 53,822 cars in the US over a fault in the OEM's Full Self-Driving (Beta) software that may allow some models to perform rolling stops and not come to a complete stop at intersections, which pose a safety risk. The automaker will fix this issue in the affected cars through an OTA software update. The automaker has been lately receiving flaks from various quarters for not being able to comply with regulations and faults in its softwares.