Home Auto Cars News China To Europe, How And Why Tesla Is Shipping Its Model 3 From Shanghai

China to Europe, how and why Tesla is shipping its Model 3 from Shanghai

Tesla delivered the first batch of made in China Model 3 sedans to the public earlier this year, a year after the company broke ground on its first overseas plant.
By :
| Updated on: 28 Oct 2020, 09:51 AM 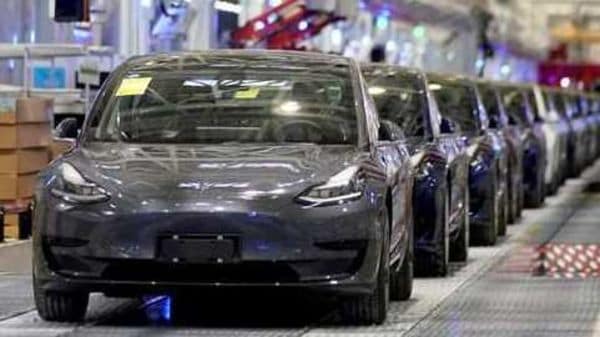 US electric car major Tesla has started exporting its made in China Model 3 cars to Europe for the first time, as the maiden batch of 7,000 sedans departed from Shanghai by the sea on Tuesday.

Elon Musk, the CEO of California-headquartered company, had laid the foundation last year to set up USD 7-billion plant in Shanghai, becoming the first to benefit from the new policy allowing foreign carmakers to set up wholly-owned subsidiaries in China.

The new plant, Tesla's first outside the United States, is located in Lingang area, a high-end manufacturing park in the southeast harbour of Shanghai. It is designed with an annual capacity of 500,000 electric cars.

China is currently promoting huge investments in manufacturing of electric cars in the country.

The cars made by Tesla's Shanghai gigafactory are expected to arrive at the port of Zeebrugge in Belgium at the end of November, before being sold in European countries including Germany, France, Italy, Spain, Portugal and Switzerland, state-run Xinhua news agency reported.

Tesla delivered the first batch of made in China Model 3 sedans to the public earlier this year, a year after the company broke ground on its first overseas plant.

(Also read: Tesla plans to build its fifth gigafactory, but it's not in India)

“Despite the impact of Covid-19, the construction and operation of the gigafactory maintained rapid progress with the support and help of governments at all levels and partners," said Tom Zhu, vice president of Tesla Global and president of Tesla Greater China.

Exporting made in China Model 3 sedans to Europe is a milestone in the development of the Tesla Shanghai gigafactory, proving to the world China's speed in construction as well as the quality of made in China products, Zhu said.

Tesla will continuously improve its production, sales, after-sales service and infrastructure in the country by honouring its China investment commitment, Zhu added.