Tesla has managed to start exports from its Shanghai facility in around 10 months since it was first opened.Shanghai became home to the first Tesla plant outside of the US.
By : HT Auto Desk
| Updated on: 27 Oct 2020, 01:13 PM 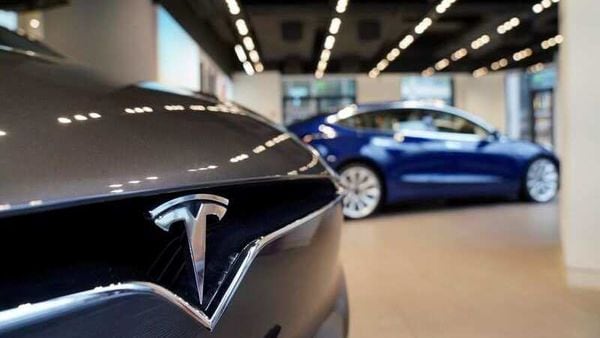 Less than a year after Tesla officially began operating the Shanghai plant, its first outside of the US, the company has started exporting the Model 3 cars made here to markets in Europe. While many see this is as Tesla's recognition of China being an important EV-making hub, it also elevates the Shanghai plant in the list of such facilities now being made by the US-based company around the world.

While the Model 3 manufactured in Shanghai was initially meant to fulfill demands of the Chinese market - the world's largest auto and EV playfield, Tesla has now ramped up production here to ensure that the EV can be shipped to other countries from here as well. This is almost around the same time that the company plans of making its Model Y SUV at this plant as well.

It is reported that Tesla held a small ceremony to mark the export of its vehicles from China. These cars will make way to countries like Germany, France, Italy, the Netherlands, Portugal, Switzerland and Sweden. The first batch will arrive at a Belgian port.

It is estimated that Tesla can roll out up to 4,000 EVs from its Shanghai facility each week. This is a rapid scale up for a manufacturing facility that has only existed for around 10 months.

Tesla has inaugurated the Shanghai plant in January of this year amid much fanfare. The first batch of 'Made-in-China' cars were a big hit, propelling Tesla Model 3 to the top of a list which also has EVs from many local players. By June, these EVs were outpacing all other EVs in China, in terms of sales.

Model 3 is not just a popular offering in China but in several global markets. That is partly thanks to it being the most affordable product from the company and also to the incentives that it enjoys in several markets. And with plans of rolling out an even more affordable EV in the times to come, Tesla and CEO Elon Musk appear determined to keep a strong hold on the volume and revenue game.

As such, an India entry too could work in Tesla's favour. India is already a major hub from where companies like Hyundai and Suzuki, among others, export units. While Musk has said in a tweet reply that Tesla will make an India debut in 2021, an official confirmation from the company is awai